I drove for twelve hours south and crossed New Brunswick. Finally I arrived back in the hundred mile wilderness, the verdant growth choked forests and swamps of northern Maine. 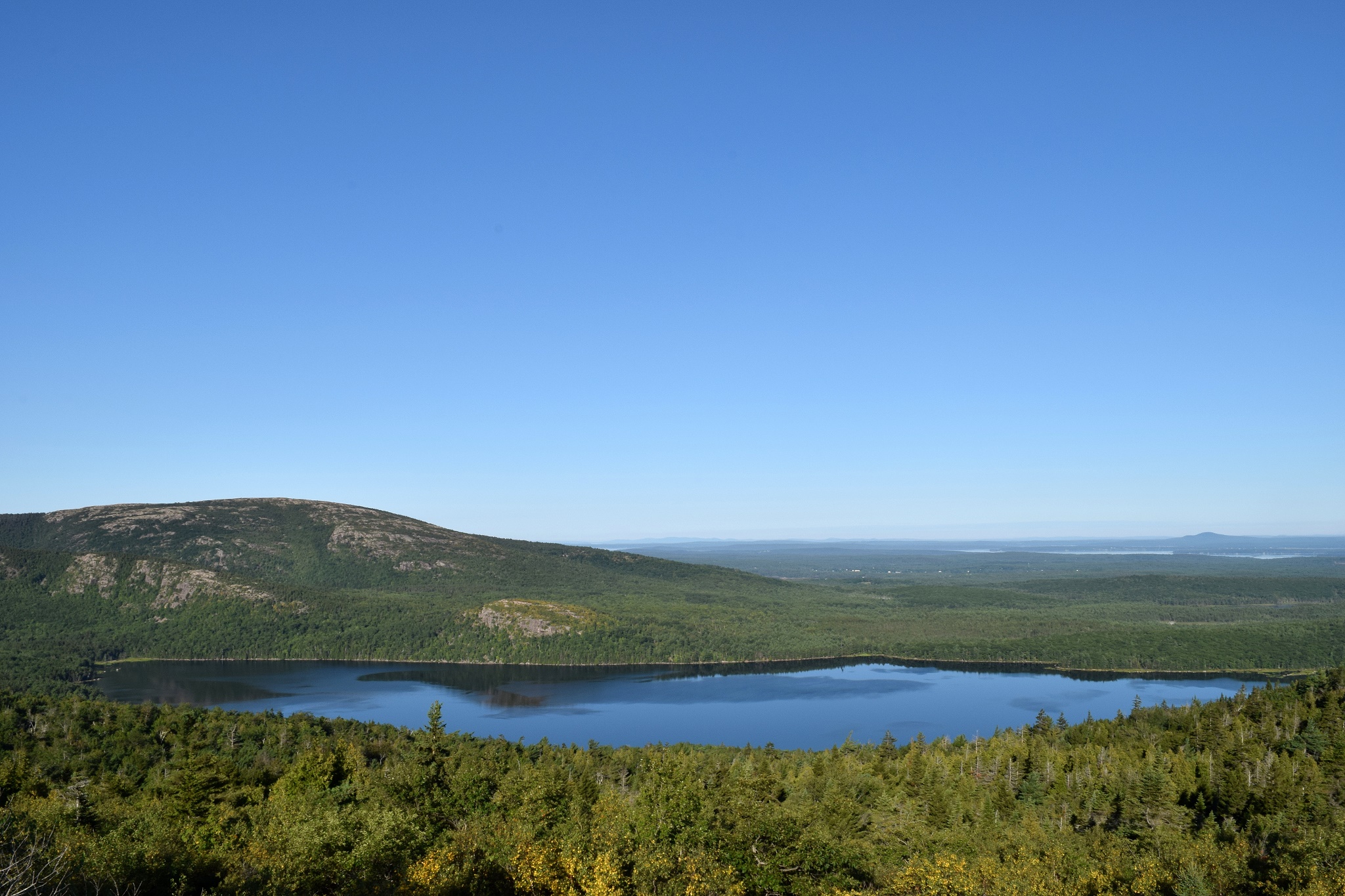 Acadia countryside on the coast of Maine

Canada is pretty great, it’s got its issues like 16 feet of snow and icebergs piled on the shore during the long winter, and hordes of mosquito and blackfly abominations in the summer. But the people are extremely nice, the summer weather is a fresh 75 degrees, and it countryside is beautiful rolling forests. In Nova Scotia the great mountains fall down into the sea, and many places in Canada are reminiscent to the Caribbean. 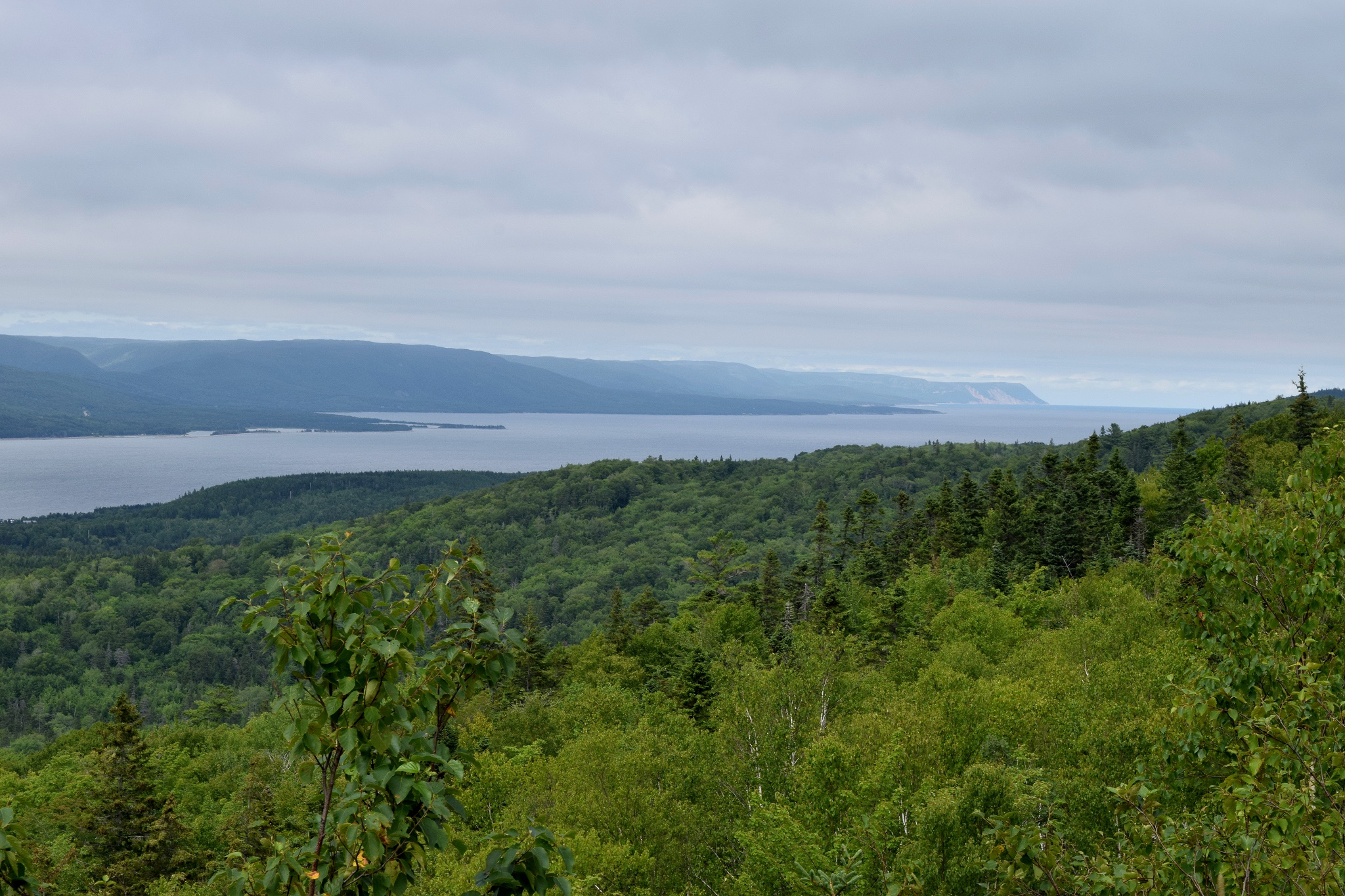 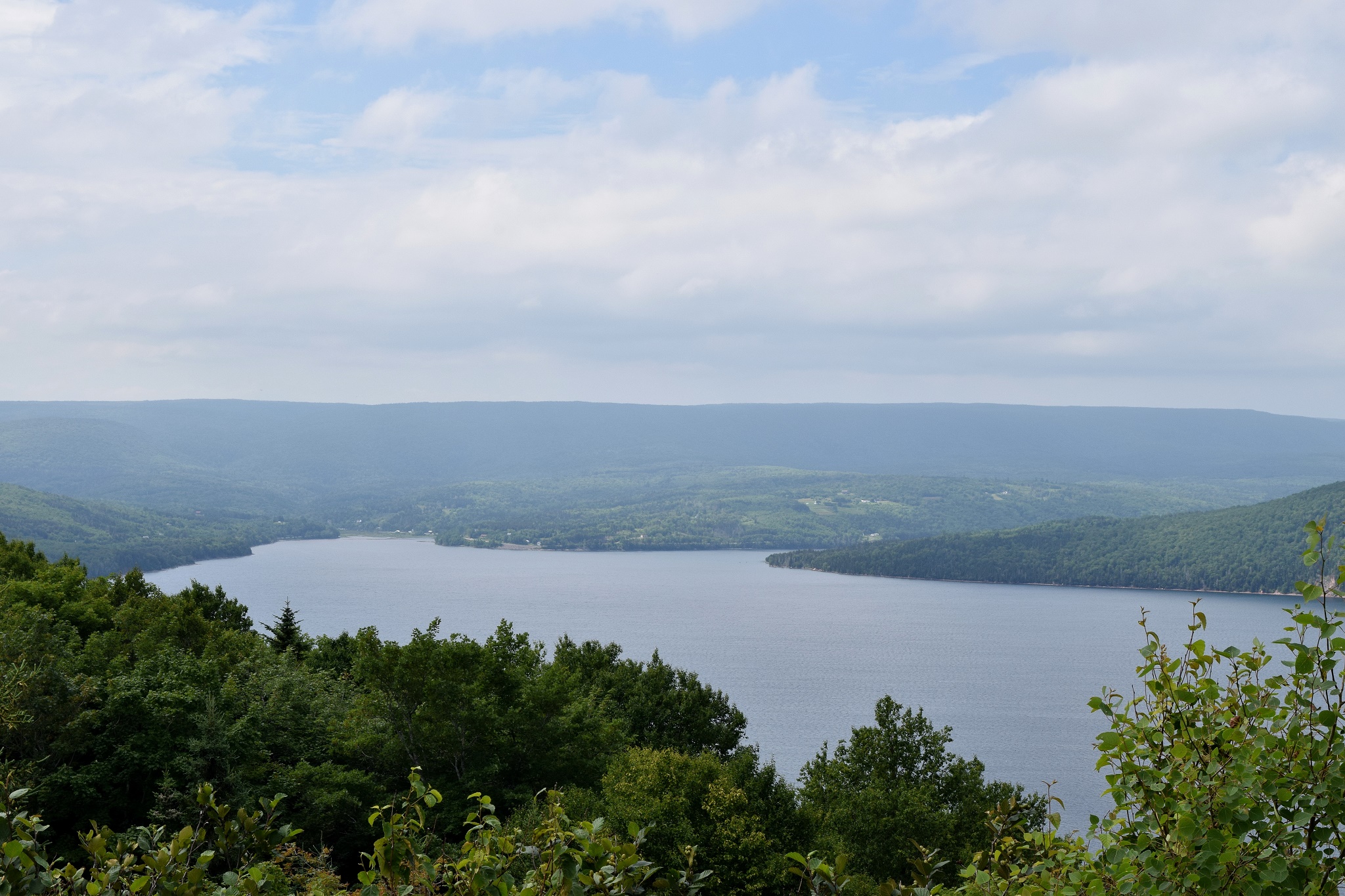 Maine is the back woods. Eastern Canada is too, but Canada tries to have a modern society even way out in the country. Not Maine, the little towns here are ragged and free; often there’s just a few dilapidated buildings in the isolated and deserted small towns. There’s windows boarded up, unkempt purple fireweed and golden rod bloom along the roadsides. 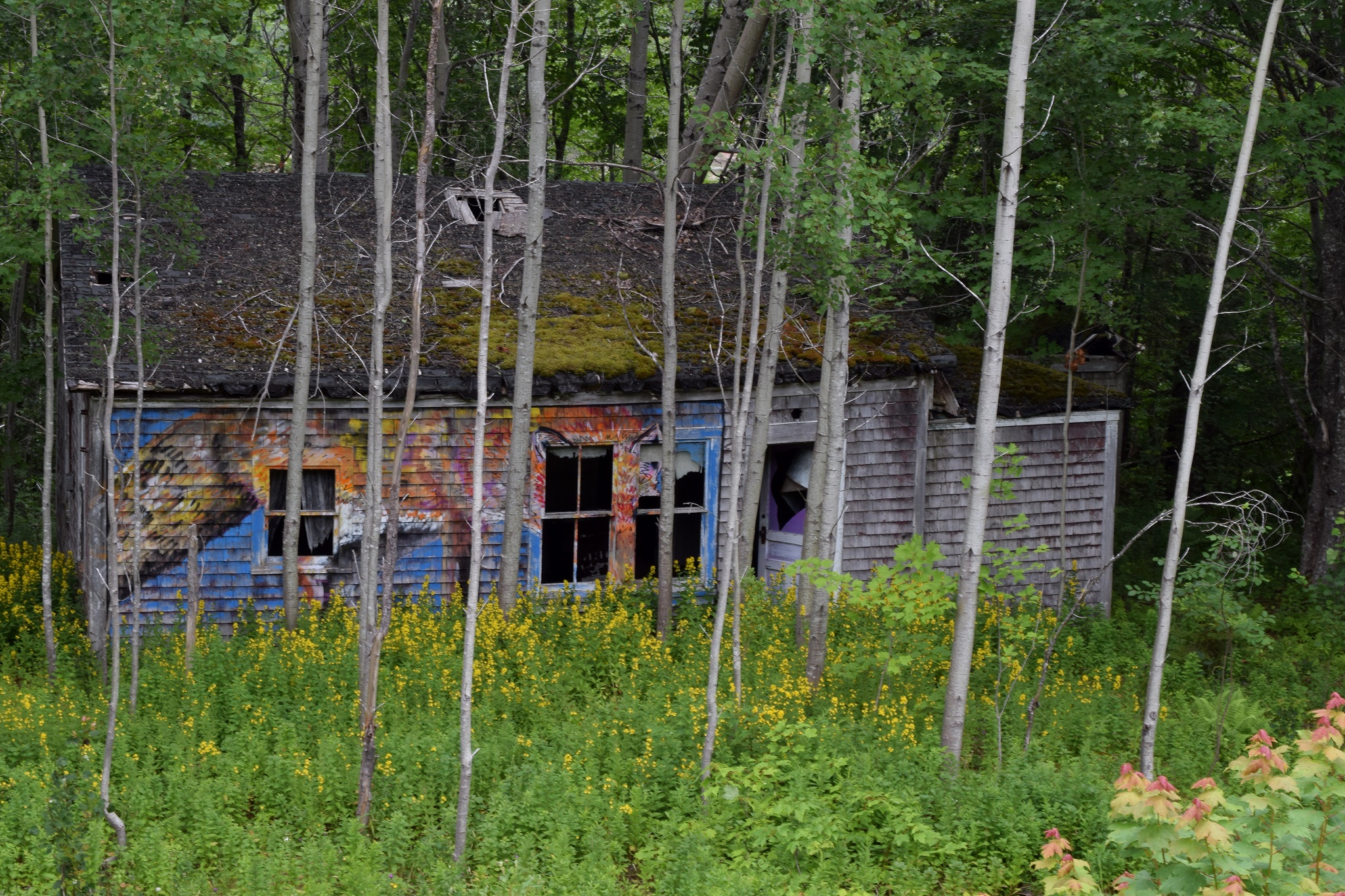 I’d live here! Nice waterfall in the backyard at the foot of some mountains. Definitely a fixer upper….

Maine is the perfect place to go as a vagabond, assuming you can tolerate the mosquitoes which make me feel at times like a crazed animal. After twelve hours of driving I found myself deep in the woods outside Millinocket, Maine, at the worst possible hour- sunset. All within ten casually frantic minutes I had my vegetable dinner chopped and cooked, had a plastic bag duct taped over the broken window, made the bed, cleaned and stood eating as I was reading my book and swatting mosquitoes. 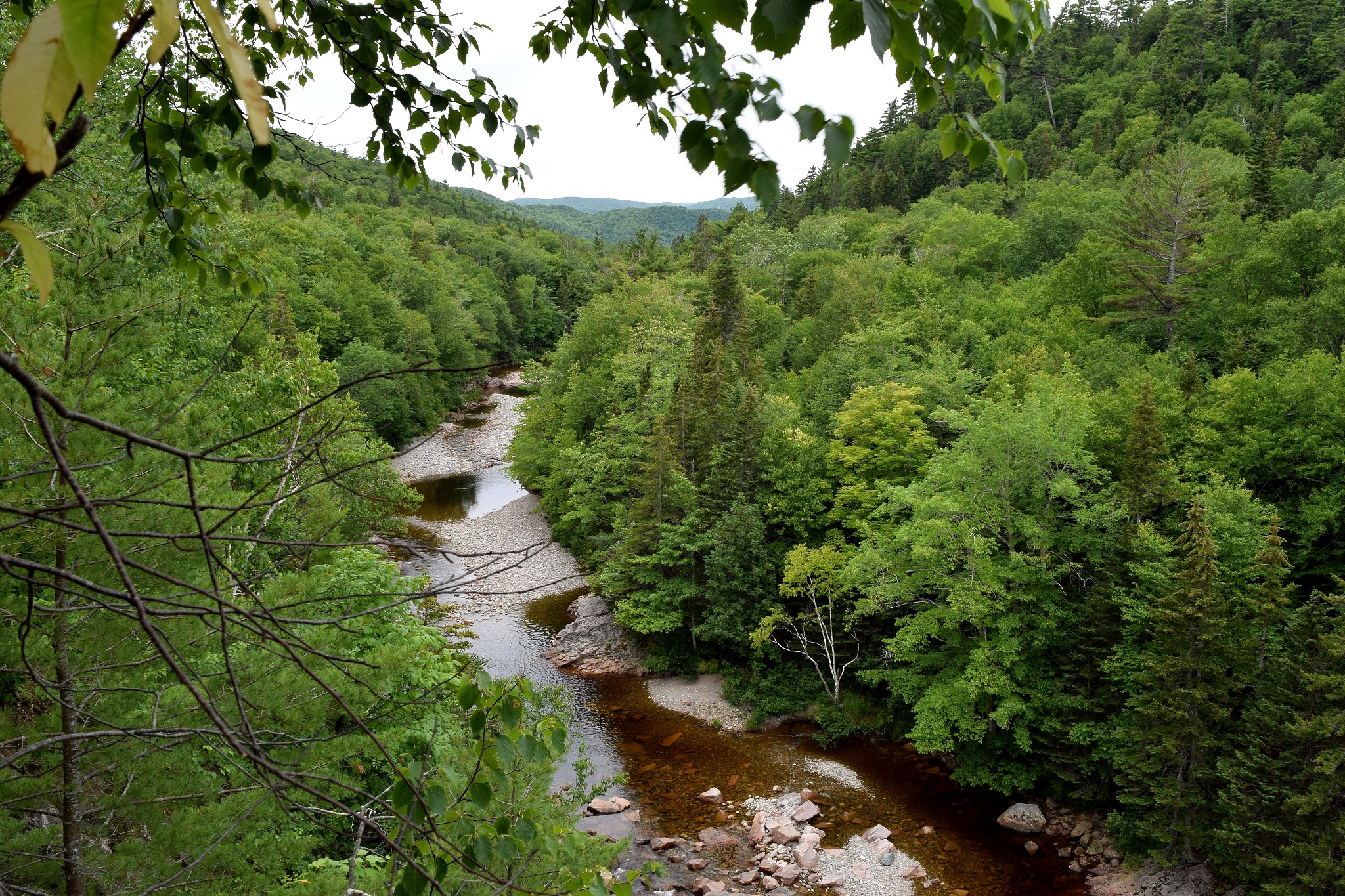 The next day I just wandered around driving in Baxter State Park, took a bike ride, and camped. The rain moved in and drizzled through the night but still I rose at 5AM to climb Mt. Katahdin. The tallest in Maine, a delightfully prominent peak rising high and rocky above the hilly country. I set off in the early morning fog, excited, traveling slightly sleep deprived through the forest of beech trees, Acadian white pines, and moss. 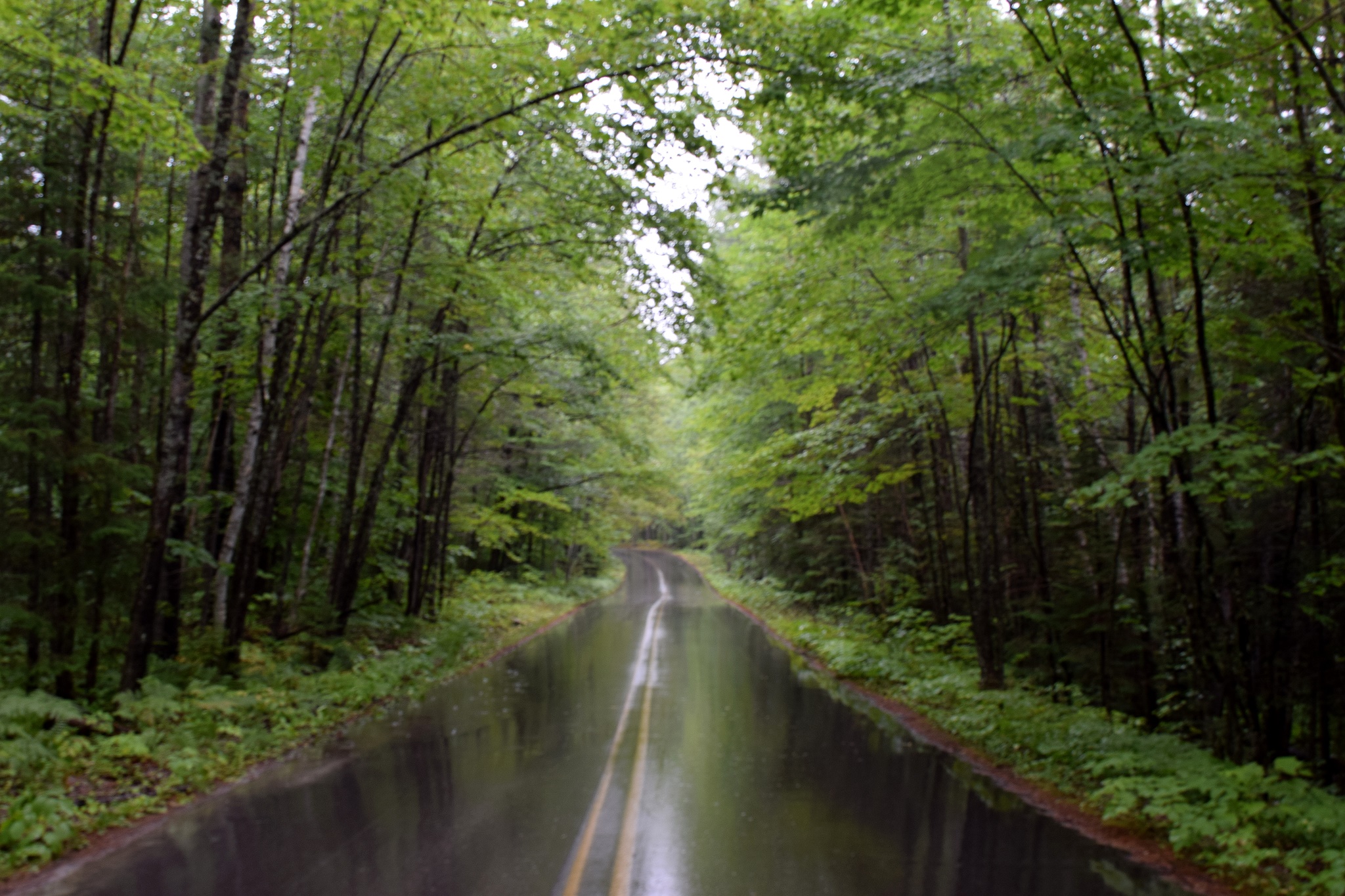 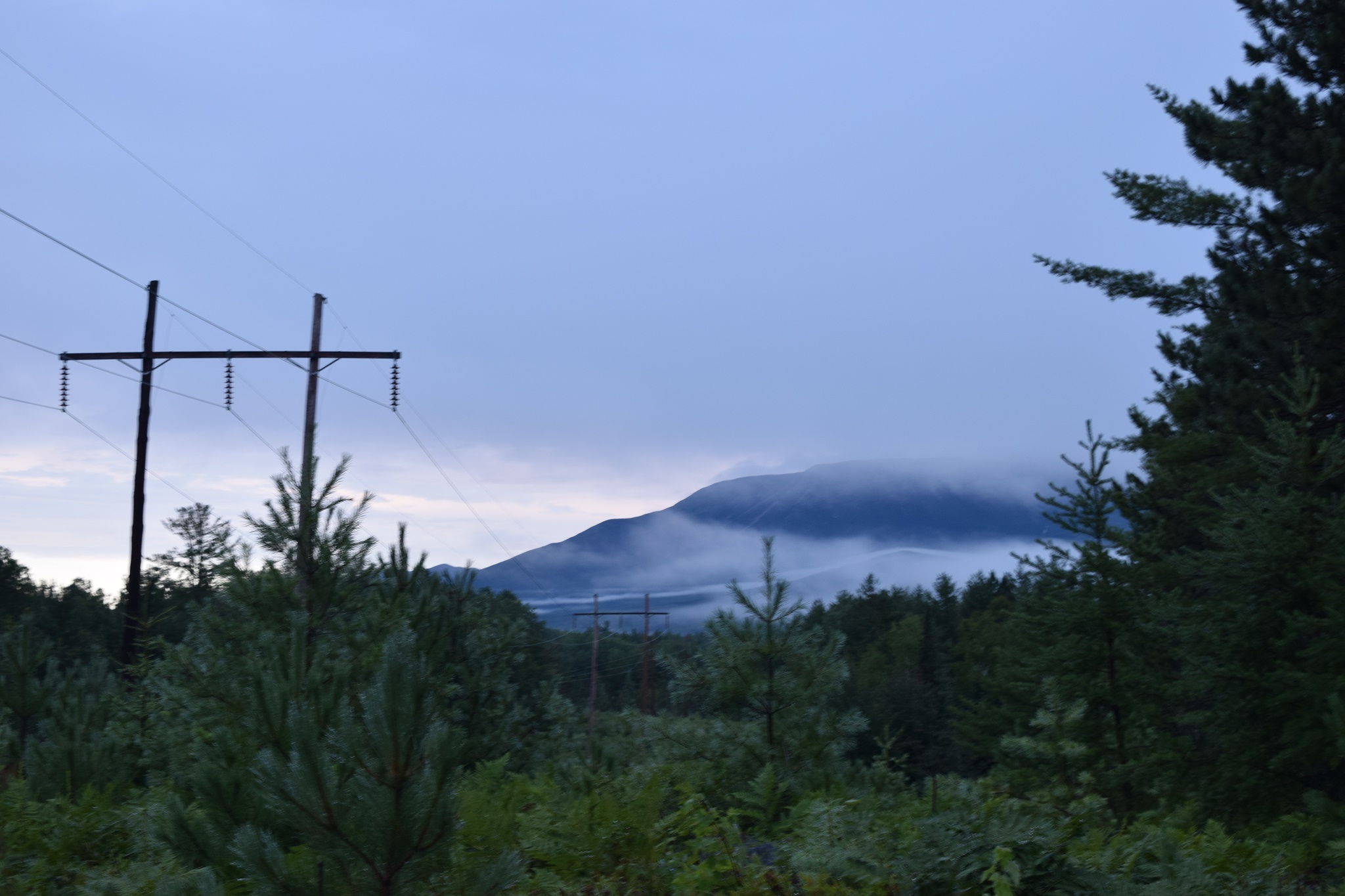 A nice place to camp by the powerlines

It wasn’t until I hiked above the cloud cover to an incredible view of the Katahdin mountain group rising above the oceans and flowing rivers of mist that I realized I had forgotten to put the battery in my camera. I was so aggravated with myself, but it’s okay, because I will be returning to Katahdin in September so expect pictures then! Fortunately, that was my only incredible view for the day because soon I was engulfed in cloud and for the rest of the day my view was white. 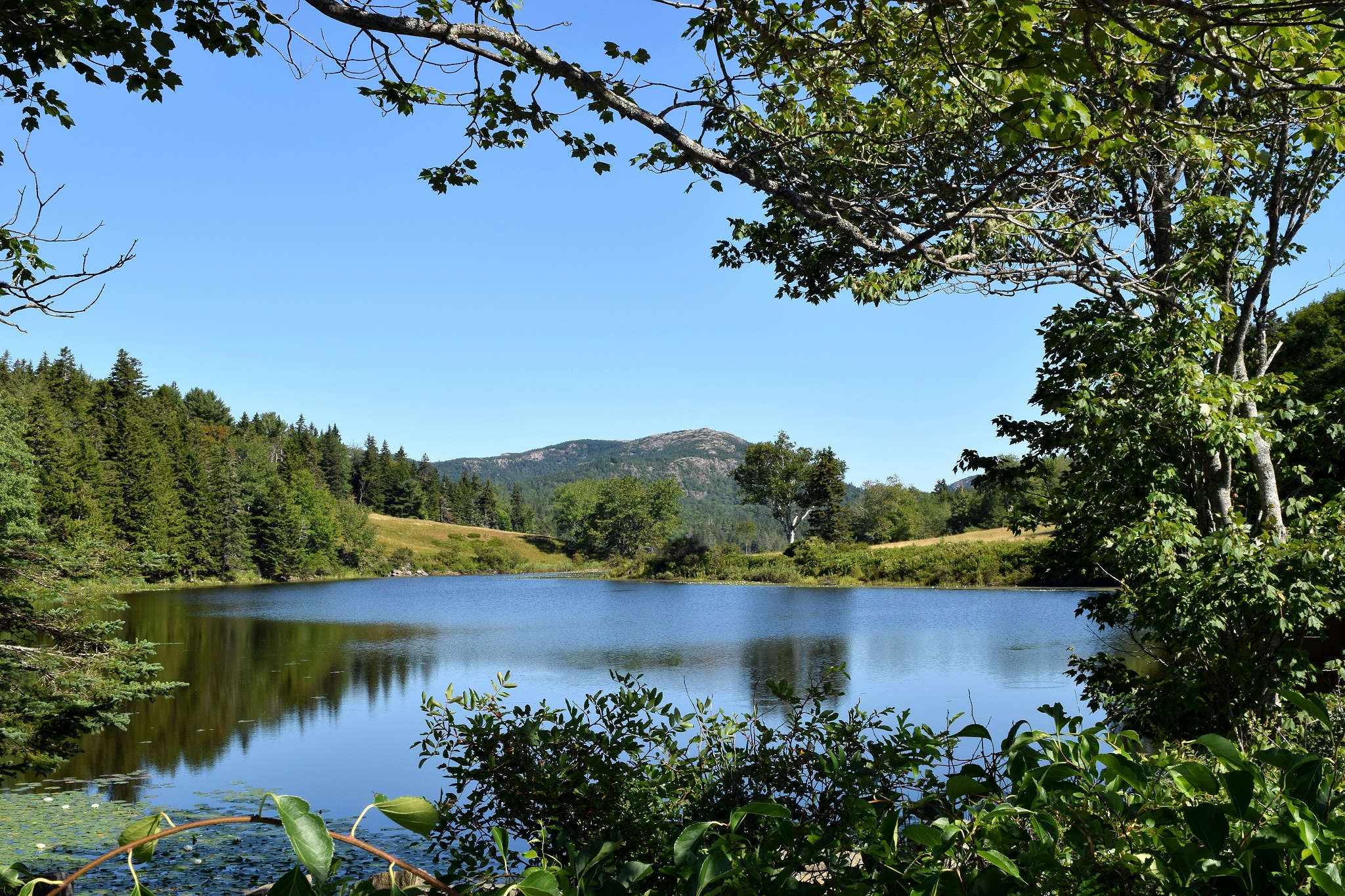 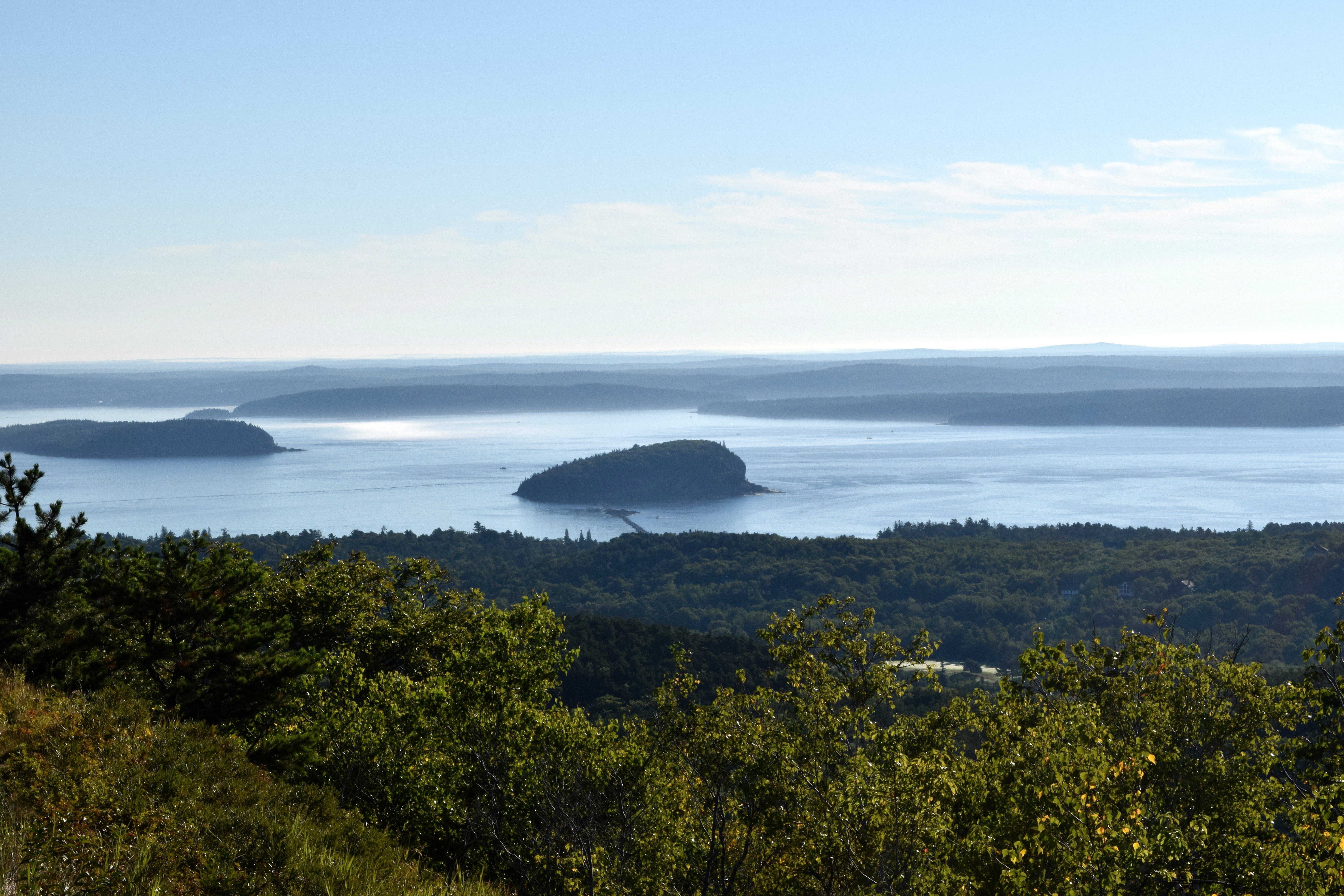 Save one moment when the clouds parted. I neared Katahdin’s knife edge traverse and the clouds had darkened black becoming thunderstorms. The exposed trail of boulder hopping was wet, slick and dangerous. I’d even describe it as upsetting, I was certain I couldn’t make it back down without hurting myself, so I went carefully. The knife’s edge, (which I had heard over and over to not hike in bad weather) was a dramatic, black and evil looking cliff rising from the swirling storm clouds. I decided to play it safe and turn around, daunted by the sight, so I wasn’t able to make the summit. That was when the clouds parted so briefly to reveal the scene to me. As the clouds left above me, but stayed below me in the valley, I watched as the sun cast a full circle of a rainbow onto the white canvas of cloud. A breathtaking and rare effect which only happens in the mountains and something I’ve hoped to see. 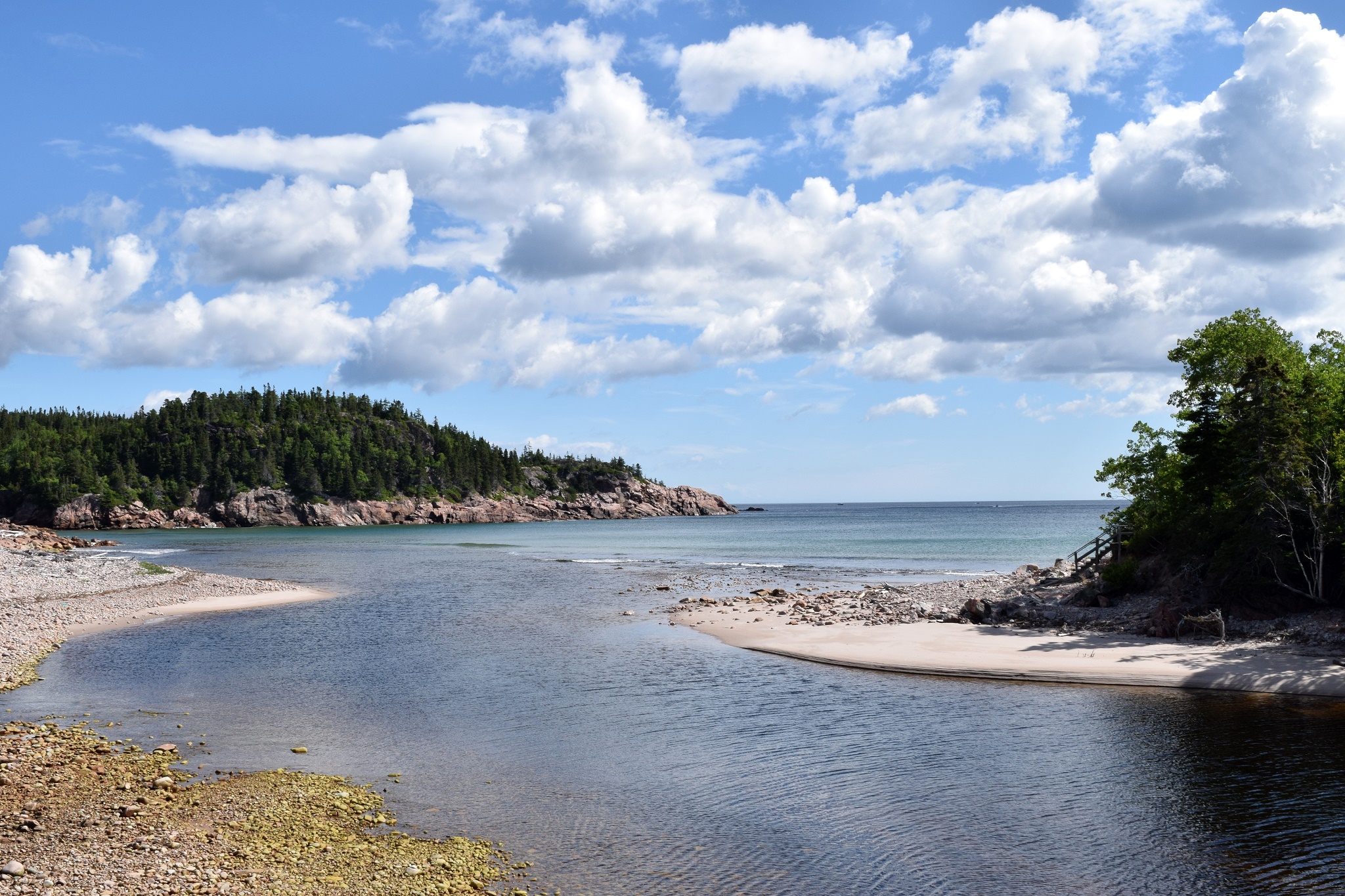 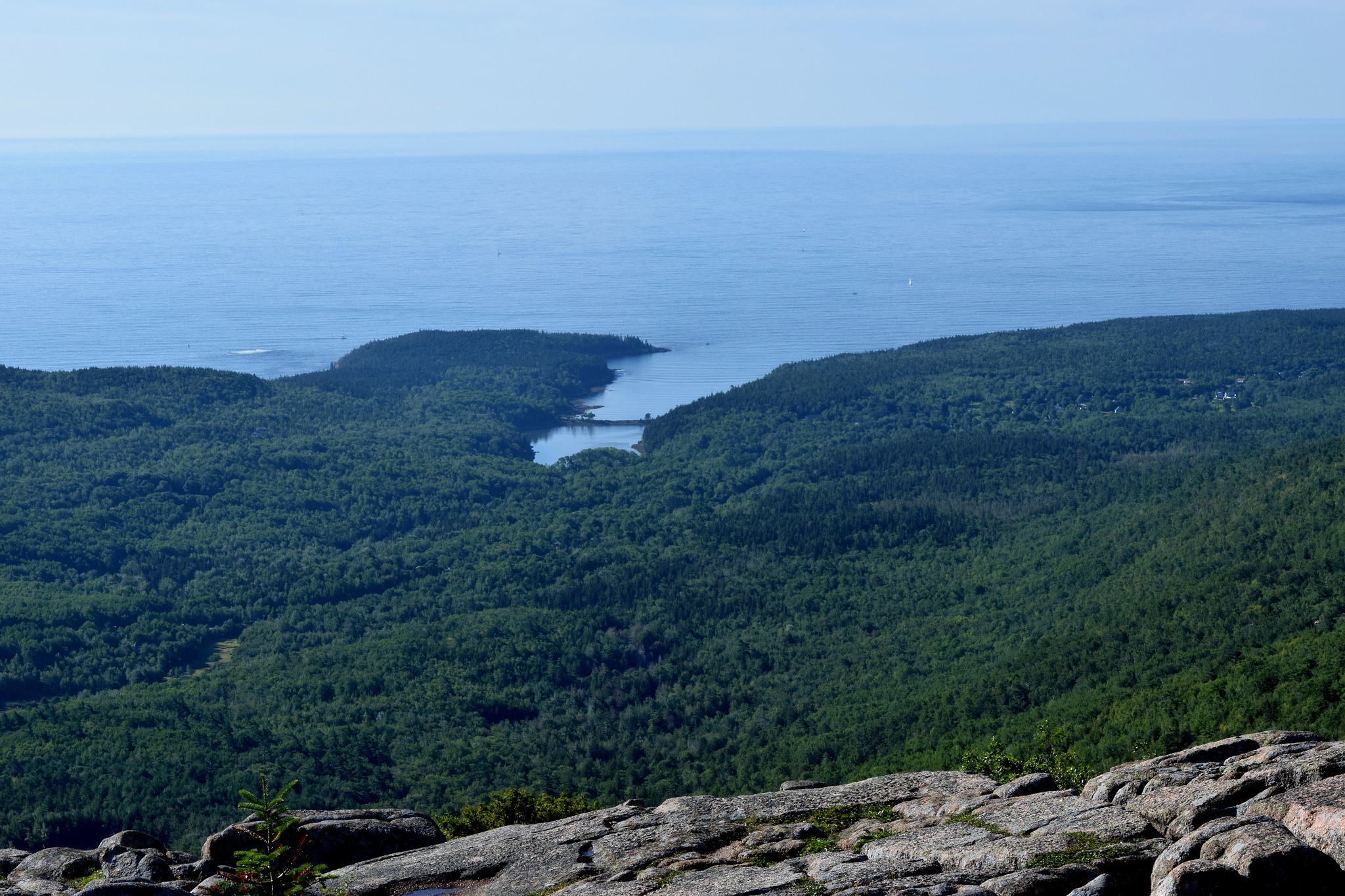 From the summit of Mt. Desert Island 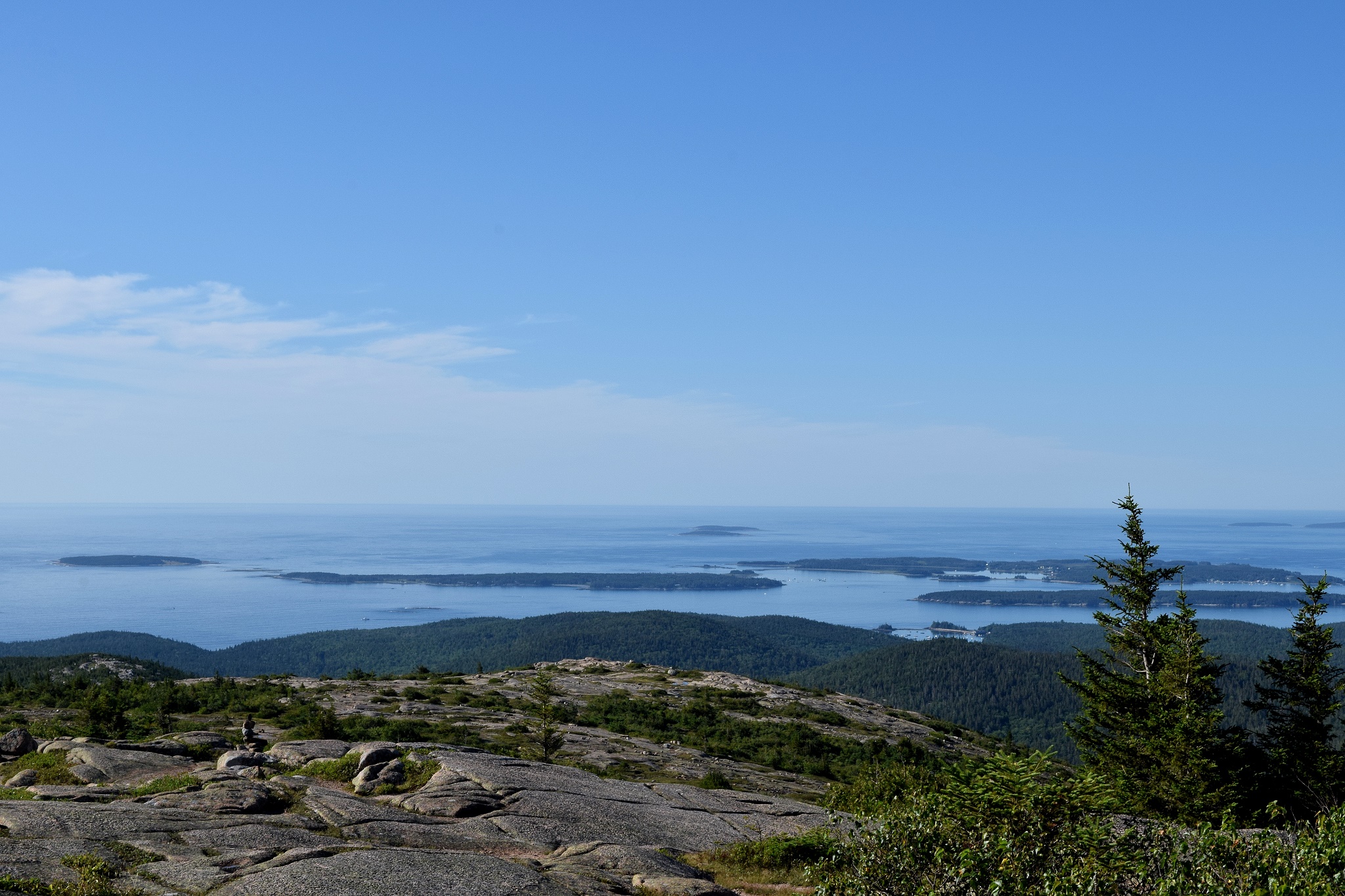 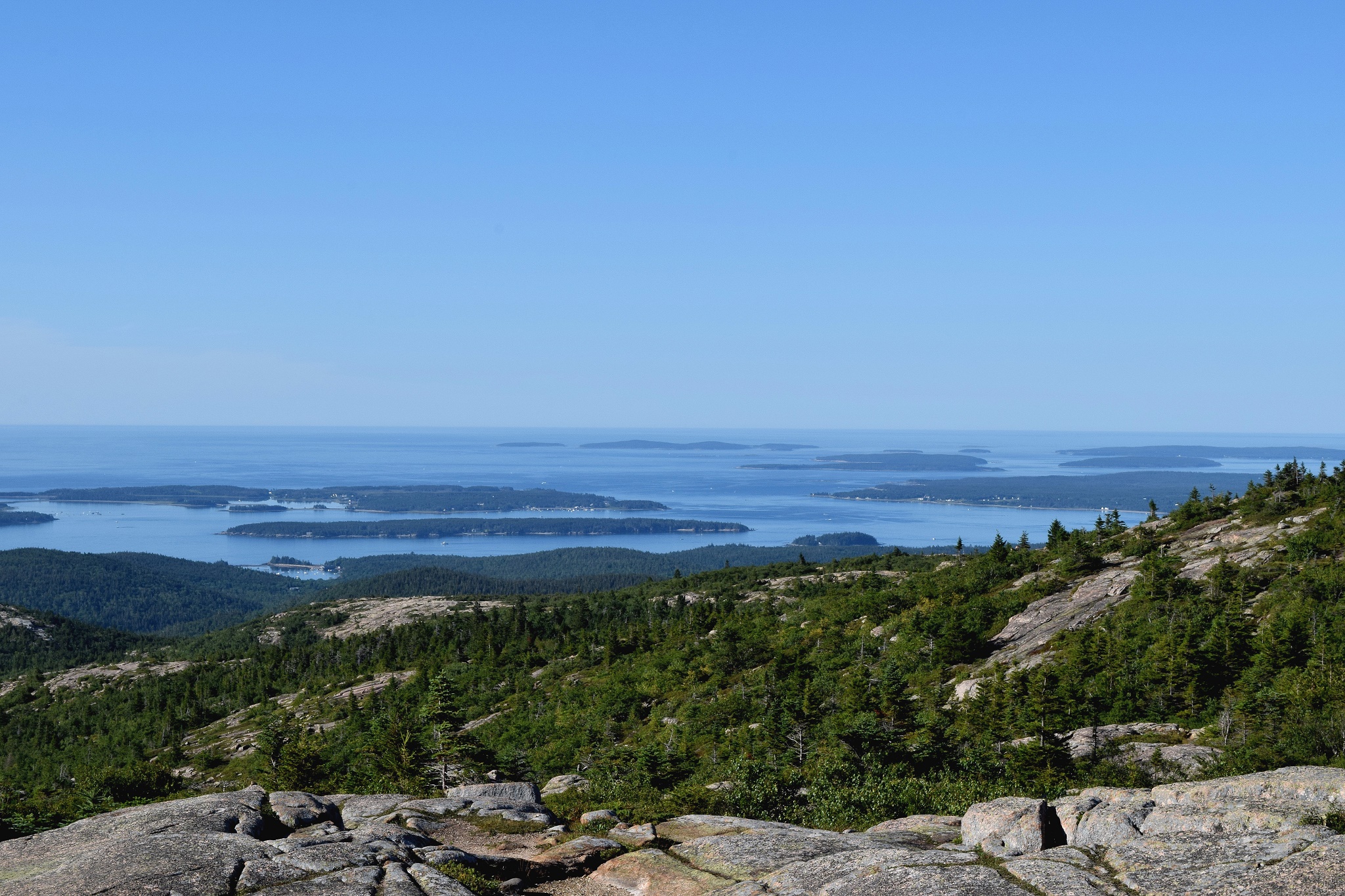 So, I left the area after that and went to Bar Harbor and Acadia national park to visit a friend who I would find wasn’t living there anymore. I spent the day leisurely biking around the national park, and biked the famous Cadillac Mountain road. It was 7AM and I sat for a long time, somewhat haggard and fatigued, on the side of the mount. I ate blueberries by the handful and let the morning calmly pass as I watched the sun climbing through the sky over the islands and bays. It was a pretty successful trip with many challenges, I was glad I went. From there I happily drove back to Massachusetts until I became highly annoyed by the numerous traffic jams around here! 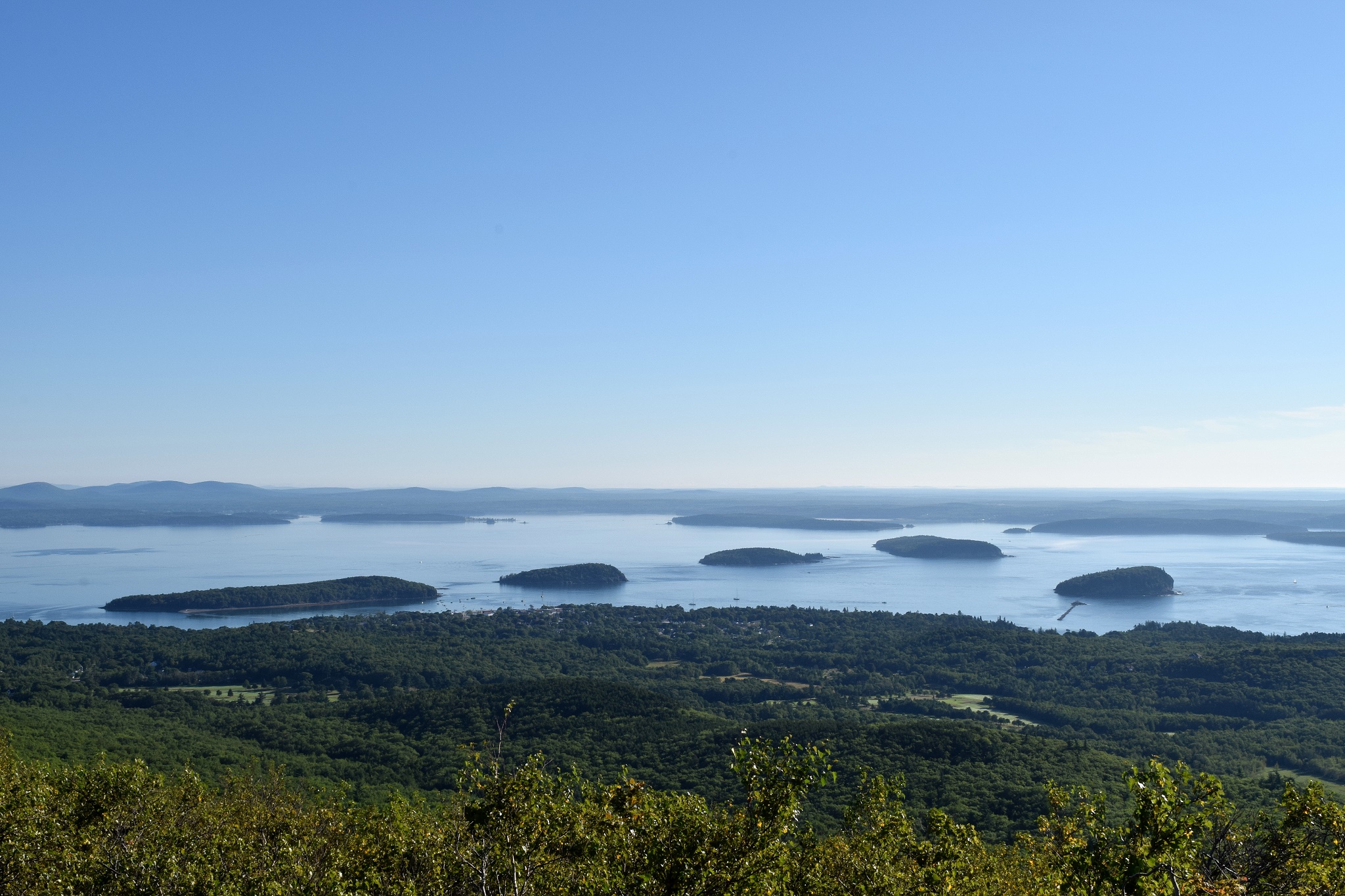 View from the top of Cadillac, Acadia National Park