I’m currently writing this on a plane looking down at the lights in Puerto Rico. Today has been a bit of an emotional day, I find I can never avoid emotions when at airports, but I’ve had a very successful journey over the last couple days to get here. 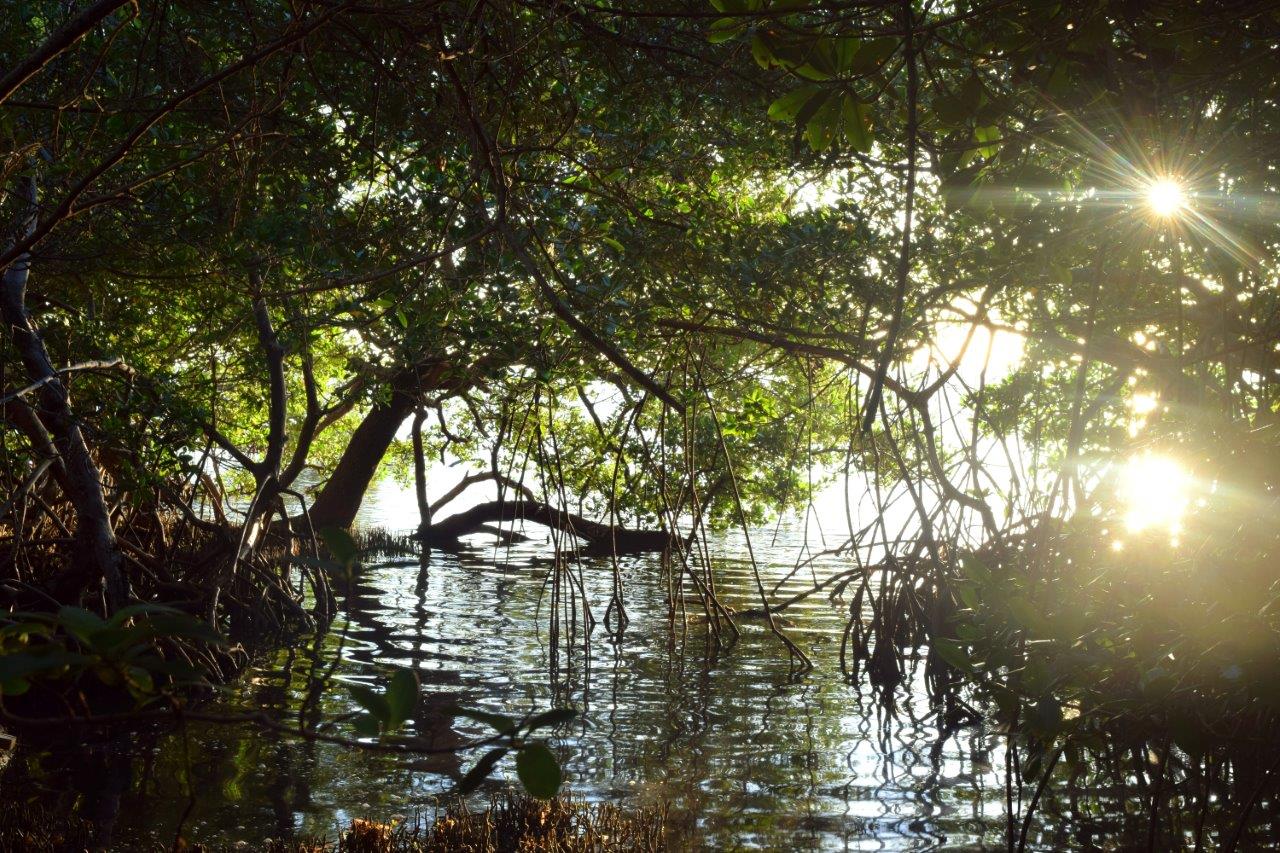 I woke up to sunrise in my mangrove swamp at on the tiny island of Ohio Key. I took a morning walk. The campground located on this small island calls the place “Sunshine Key,” and they were now-hiring for live in jobs. Wouldn’t be such a bad place to stay but I’m going to Grenada. As I biked south from there I realized I was in a fairly remote area. It felt good to be out of the city finally, I was way out in Florida’s swamplands. 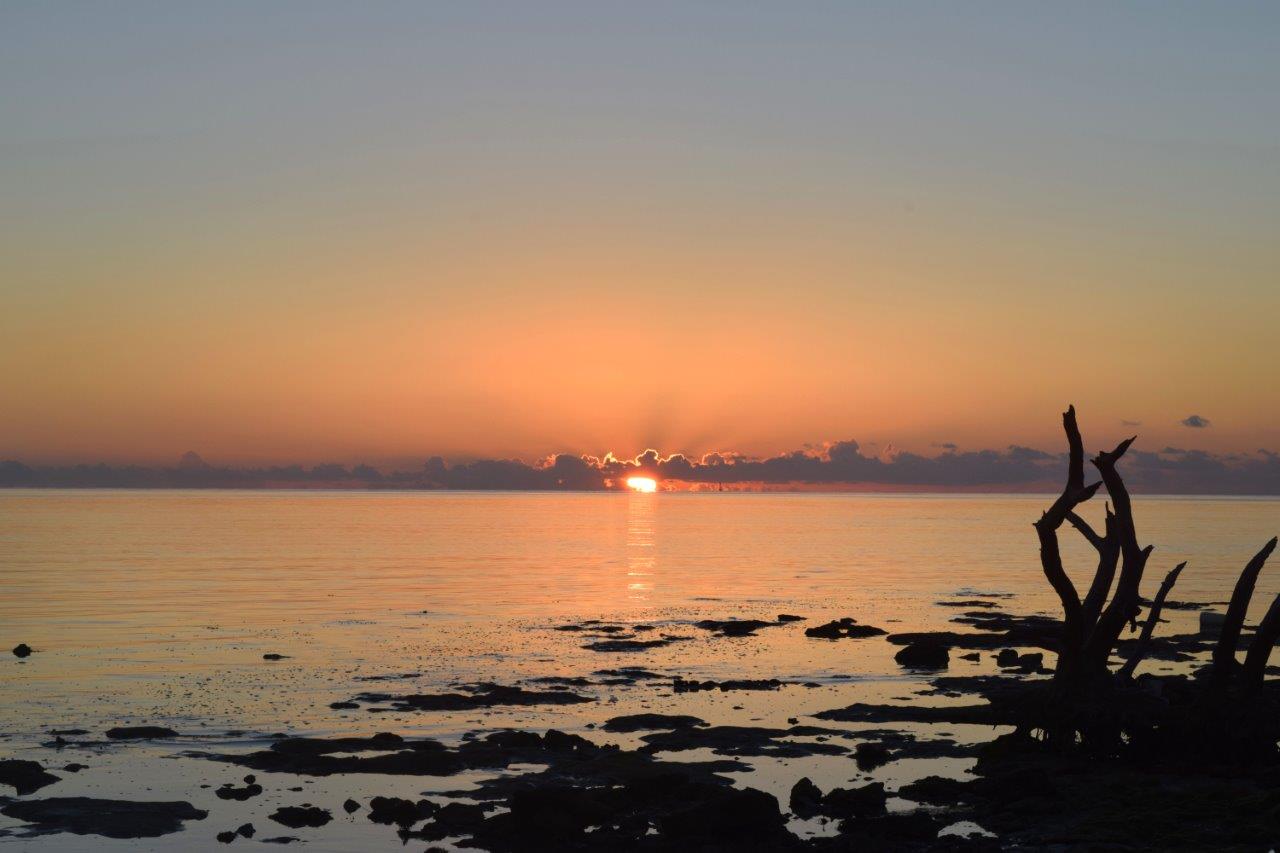 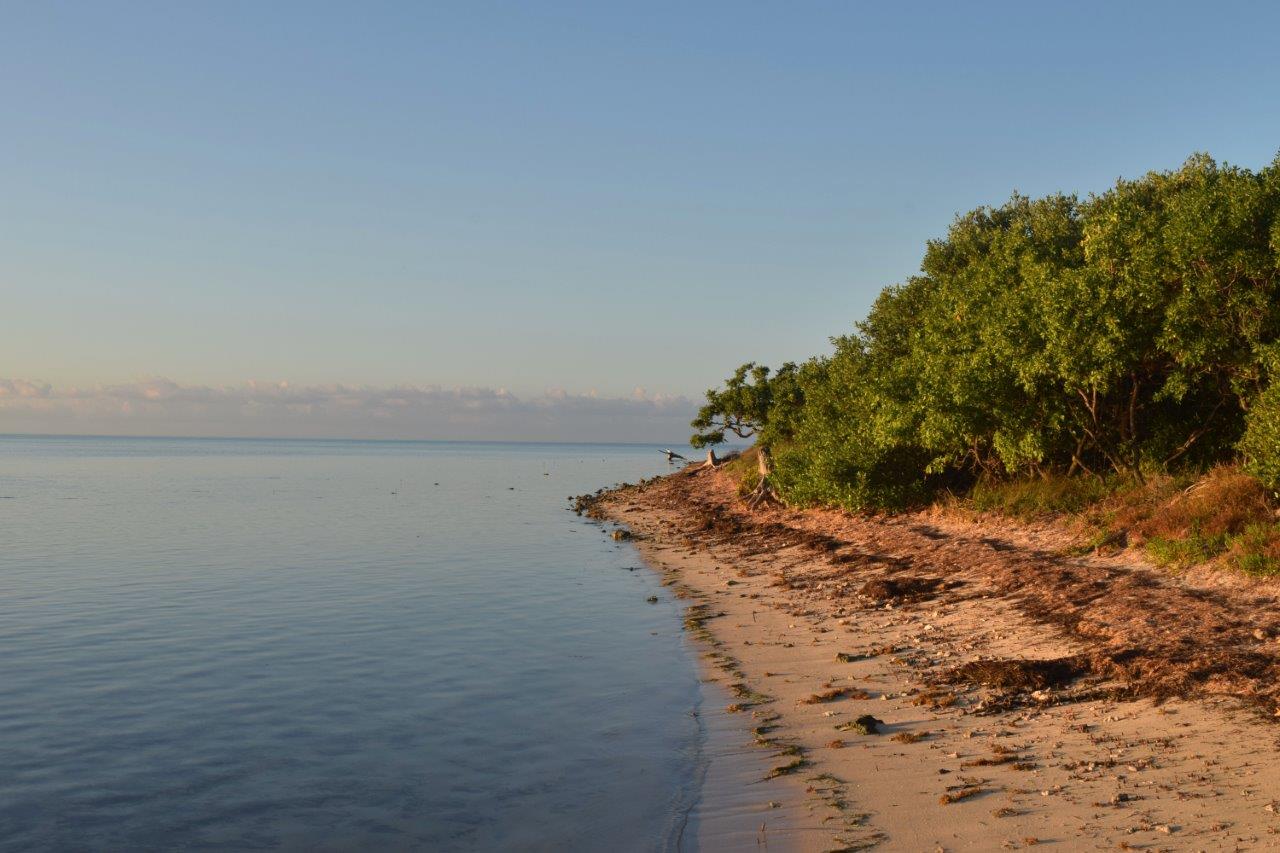 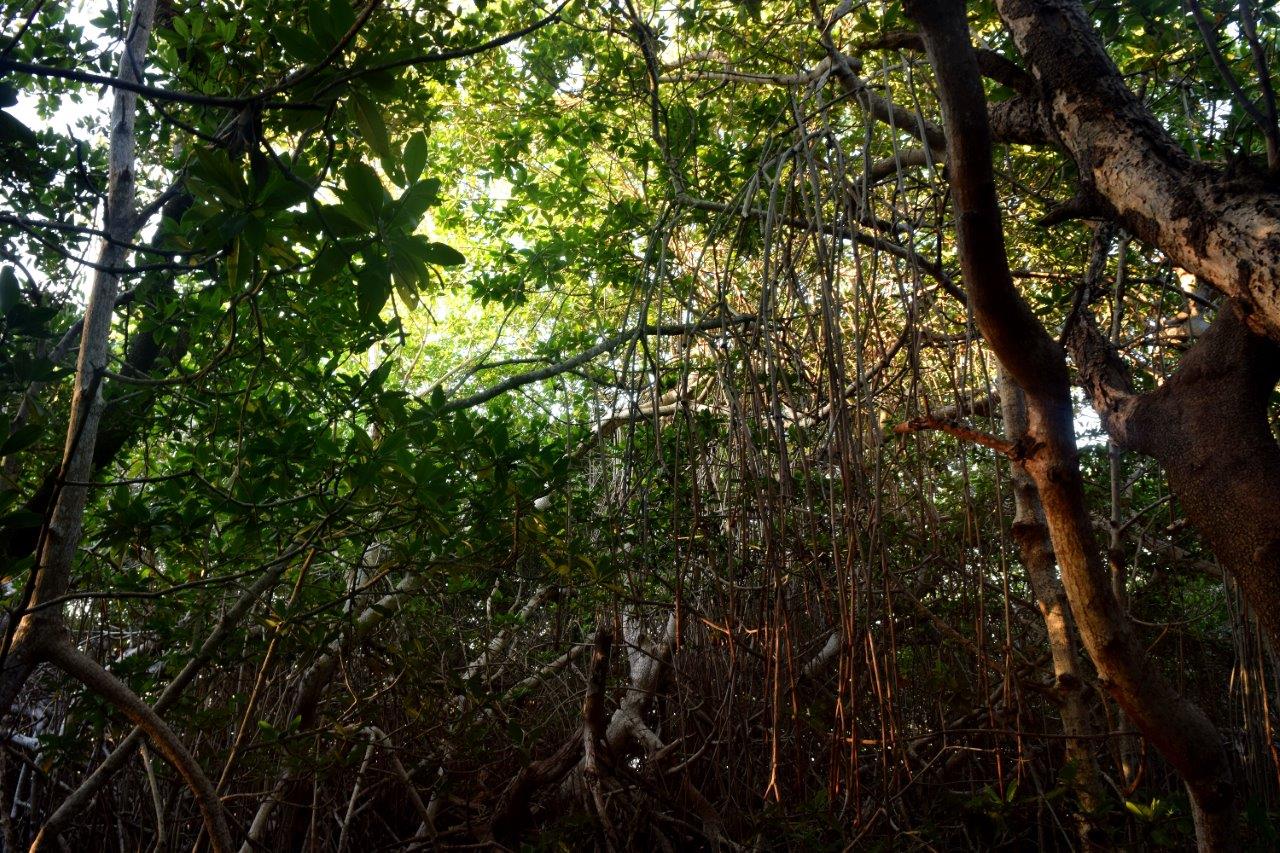 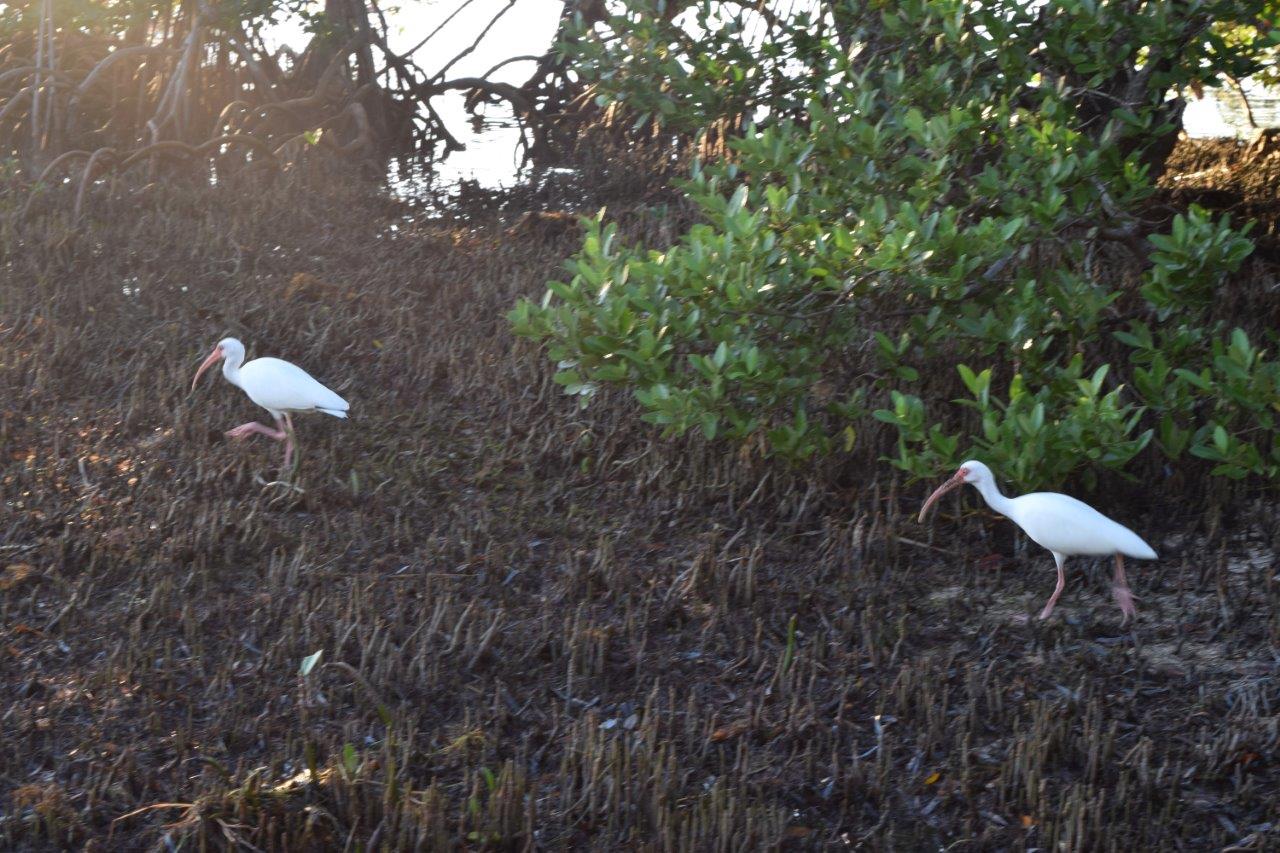 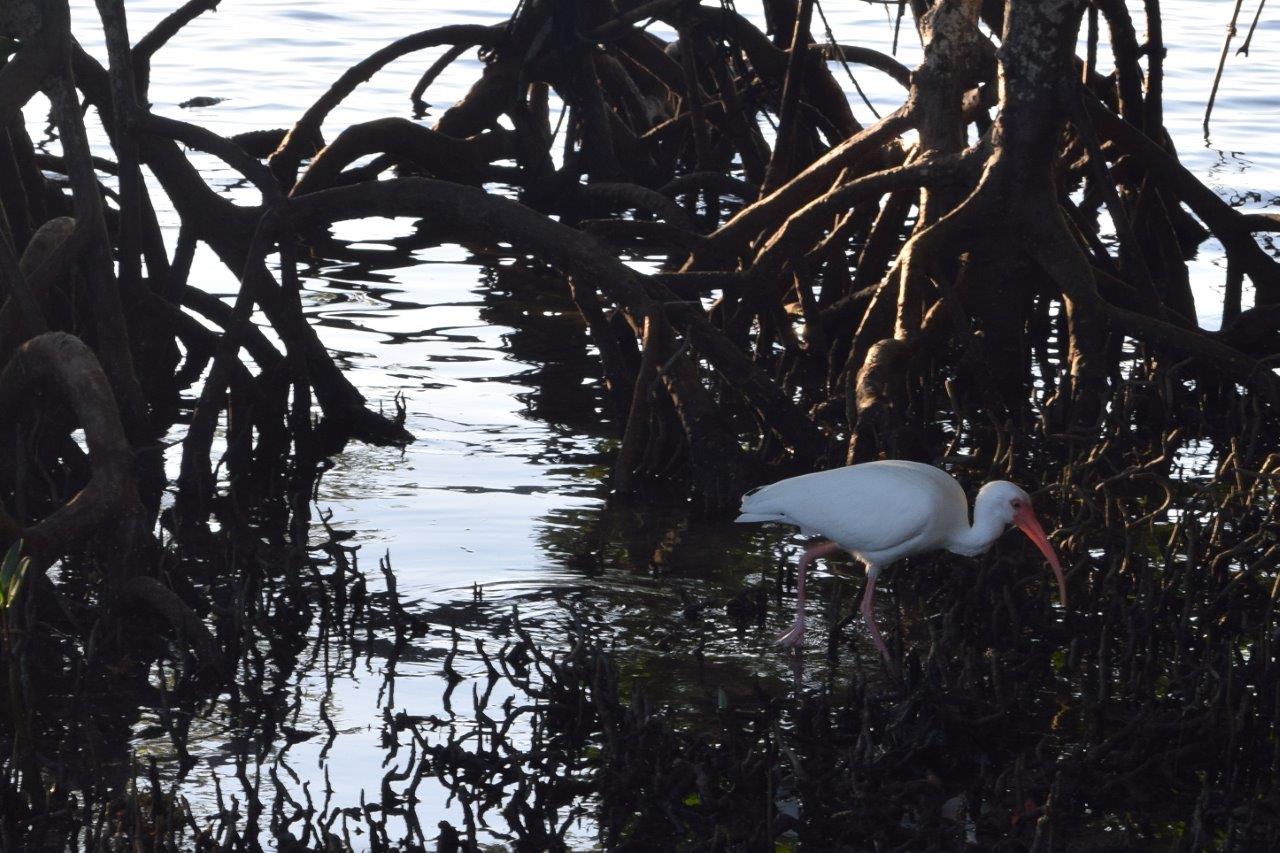 The Florida Keys are a 100 mile long chain of extremely low lying islands. The ocean is shallow the entire length of the island chain making the Overseas Highway possible, allowing you to drive across these islands. This island chain lies on the eastern edge of a fascinating and largely untraveled body of shallow water known as the Whipray Basin or the Florida Bay. The Overseas Highway only touches on a small portion of the low lying keys and mangrove swamp wilderness stretching from the Everglades National Park to the Keys. It’s as though the terrifically flat Floridian Peninsula degrades slowly into everglades marshlands as it meets the ocean until a smattering of keys is all that’s left. This here’s a legendary route and one I’ve always wanted to bike ride. 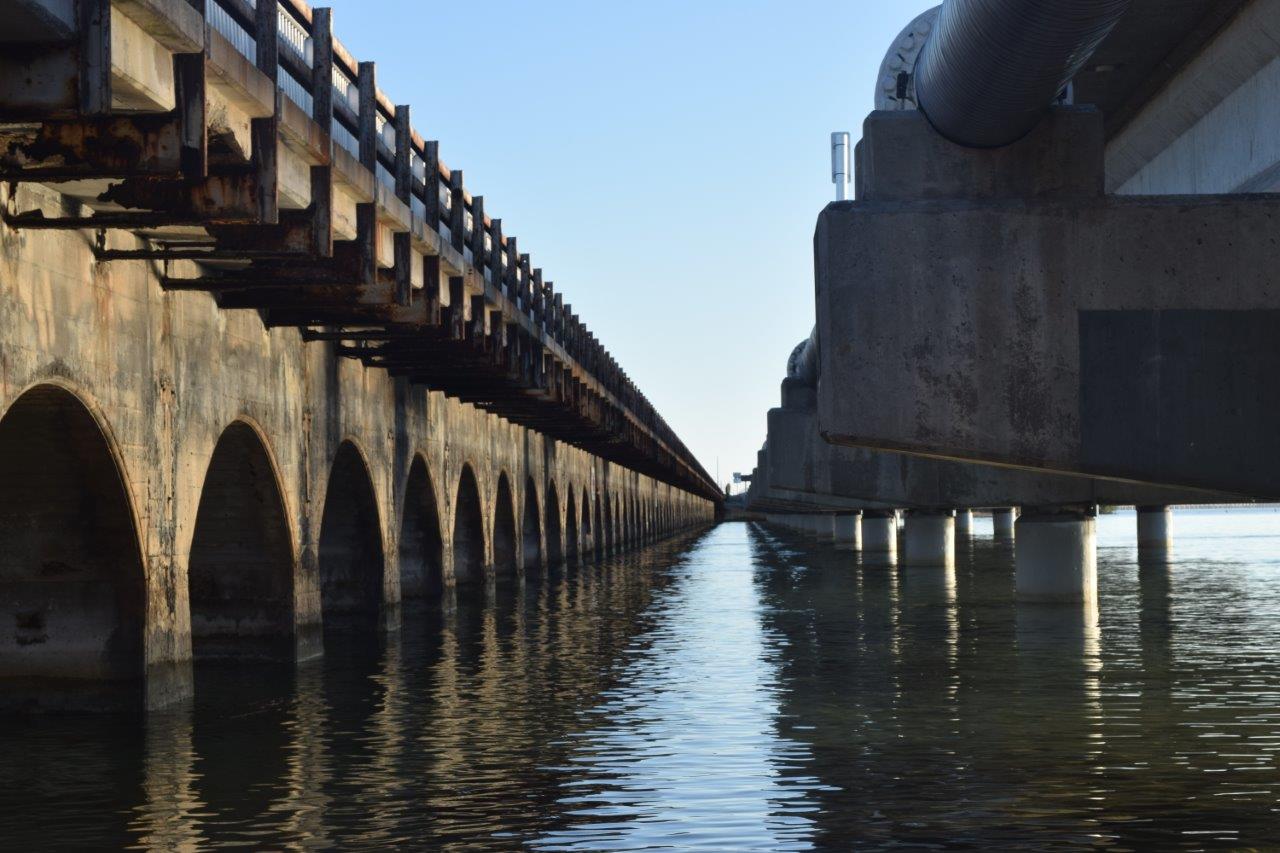 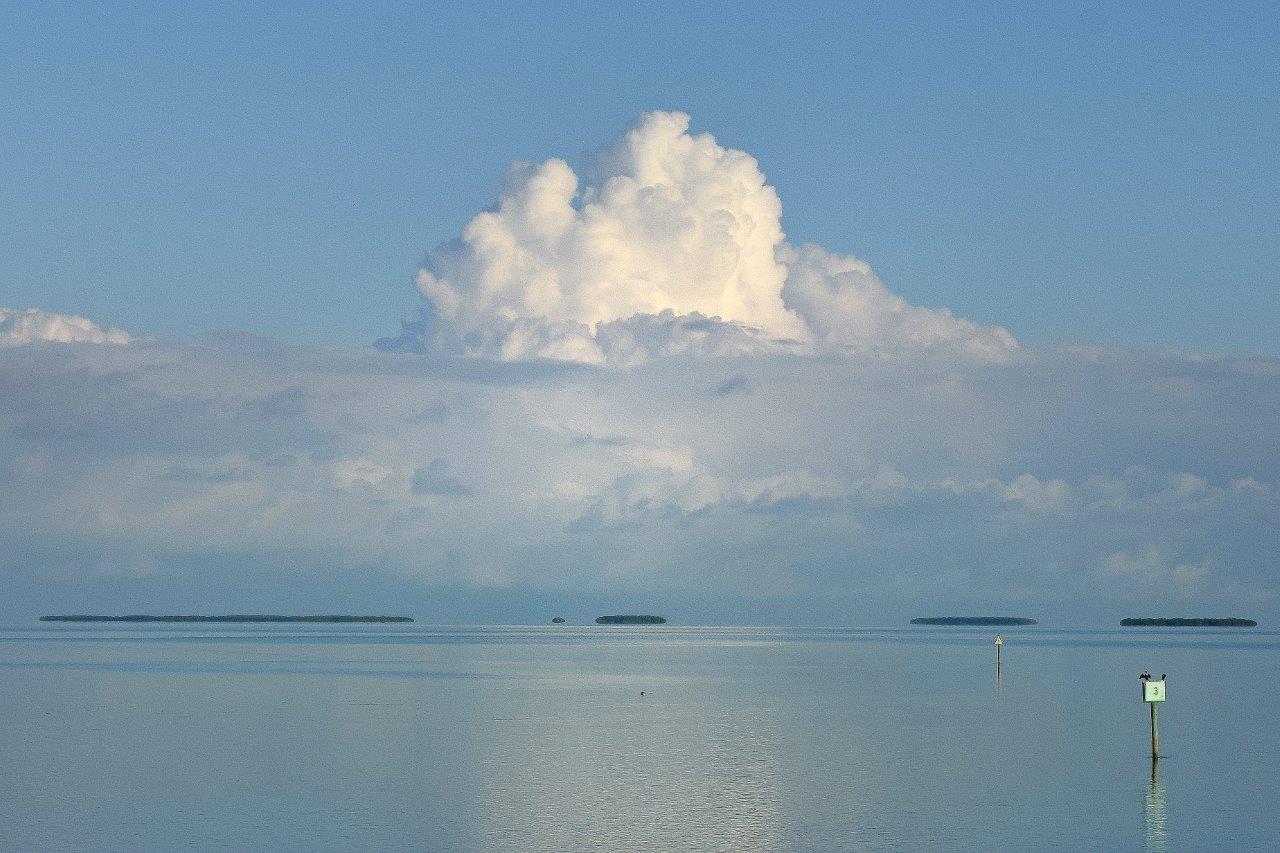 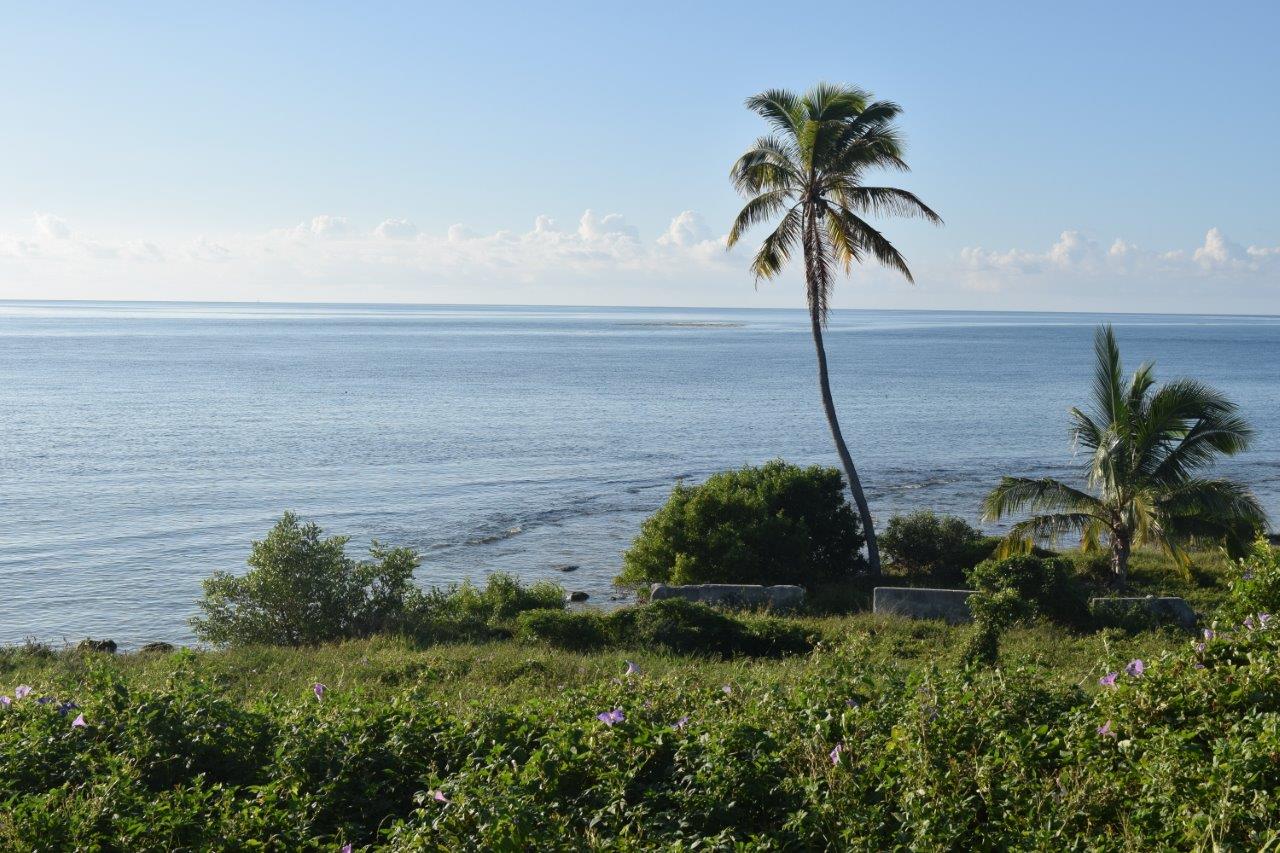 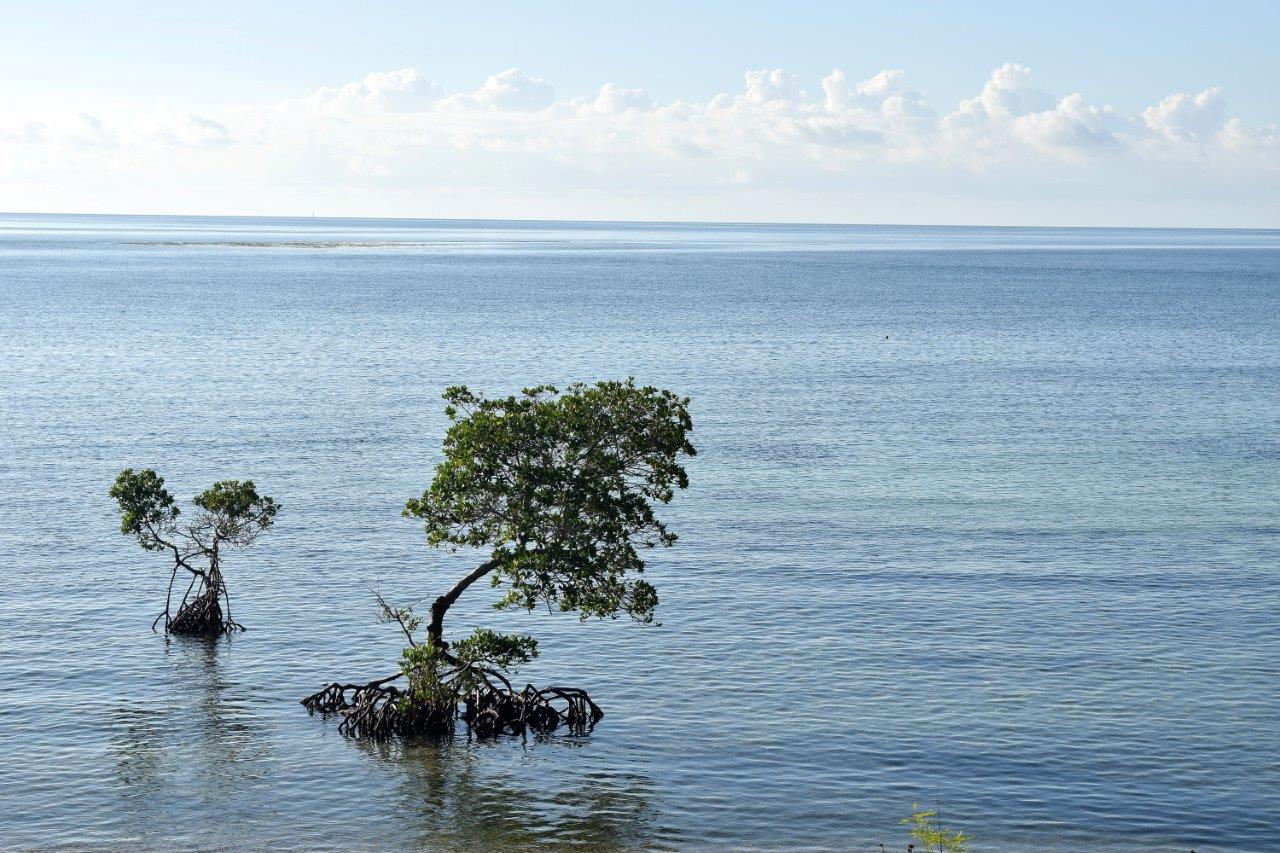 There are cities in the Upper Keys, like Marathon and Islamorada, but after Marathon you cross the ocean for seven miles at the Seven Mile Bridge before arriving on little “Sunshine Key”. The next island down is Bahia Honda and now you’re really out in the country. The morning ride through these warm and sunny swamps was everything I hoped it would be, crossing one bridge after the next, and soon I was on Big Pine Key. It was there the Key Deer live, a species of very small deer which live only in the Florida Keys. I was hoping to see one, and then I saw one! It was slightly larger than a large rabbit, but still very small and curious. It was love at first sight and I felt privileged, like I was meeting a mystical being.

Not long after that I started to feel fatigued. It was hot, my pack was still ridiculously heavy. The route was pleasant and I didn’t have to deal with traffic at all, it either followed a bike path or a bike lane in town. However, when crossing the many bridges I was completely exposed to the terrible sun, shining and reflecting off the water. I laid down for lunch on the side of the bike path and accidently passed out to sleep for over an hour! 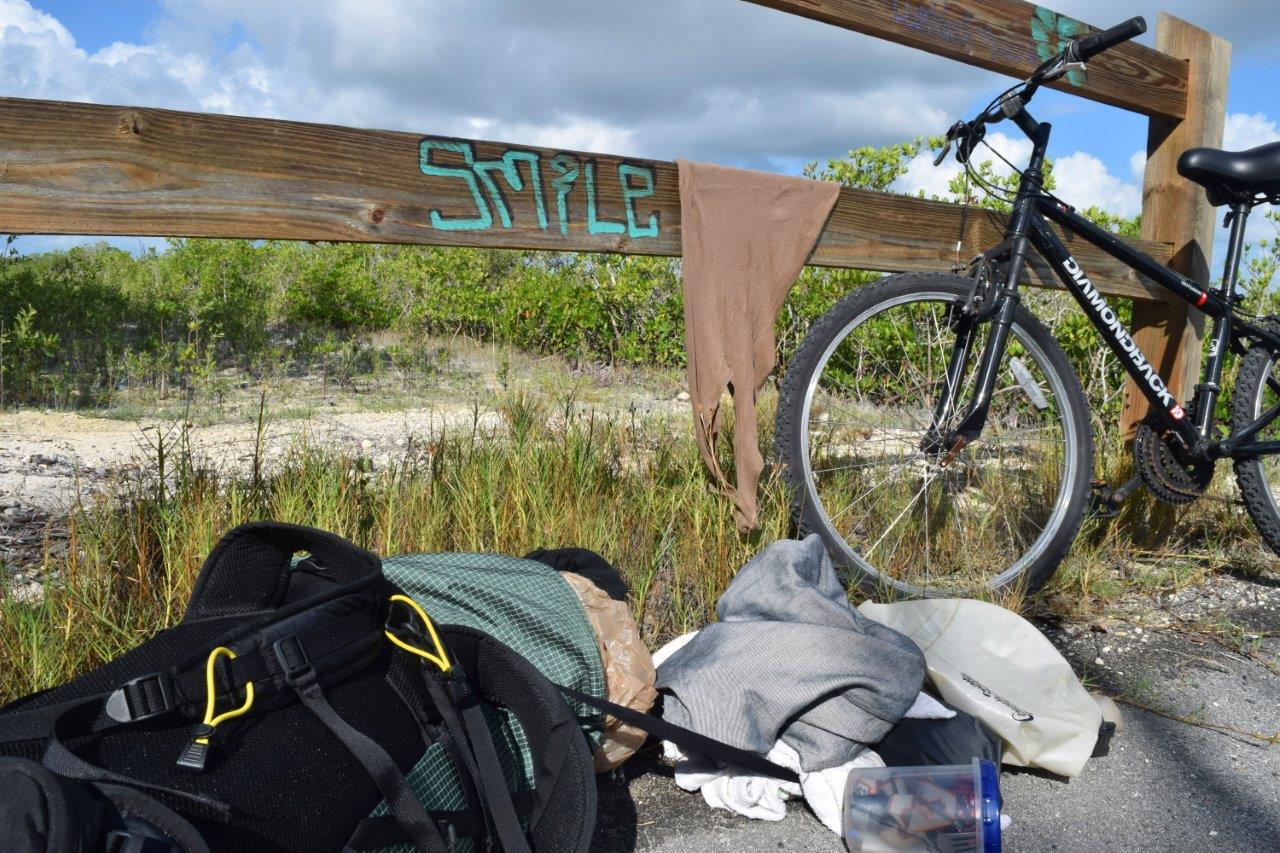 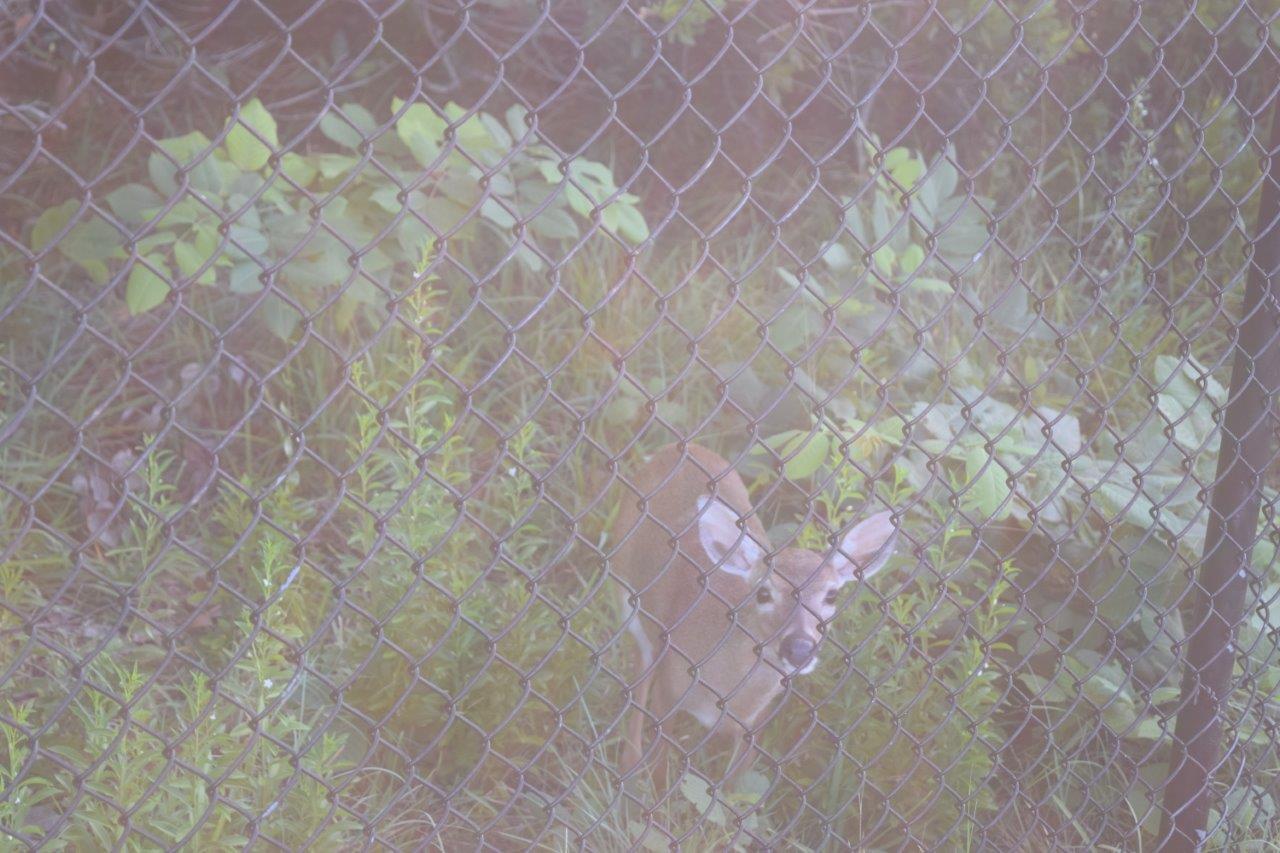 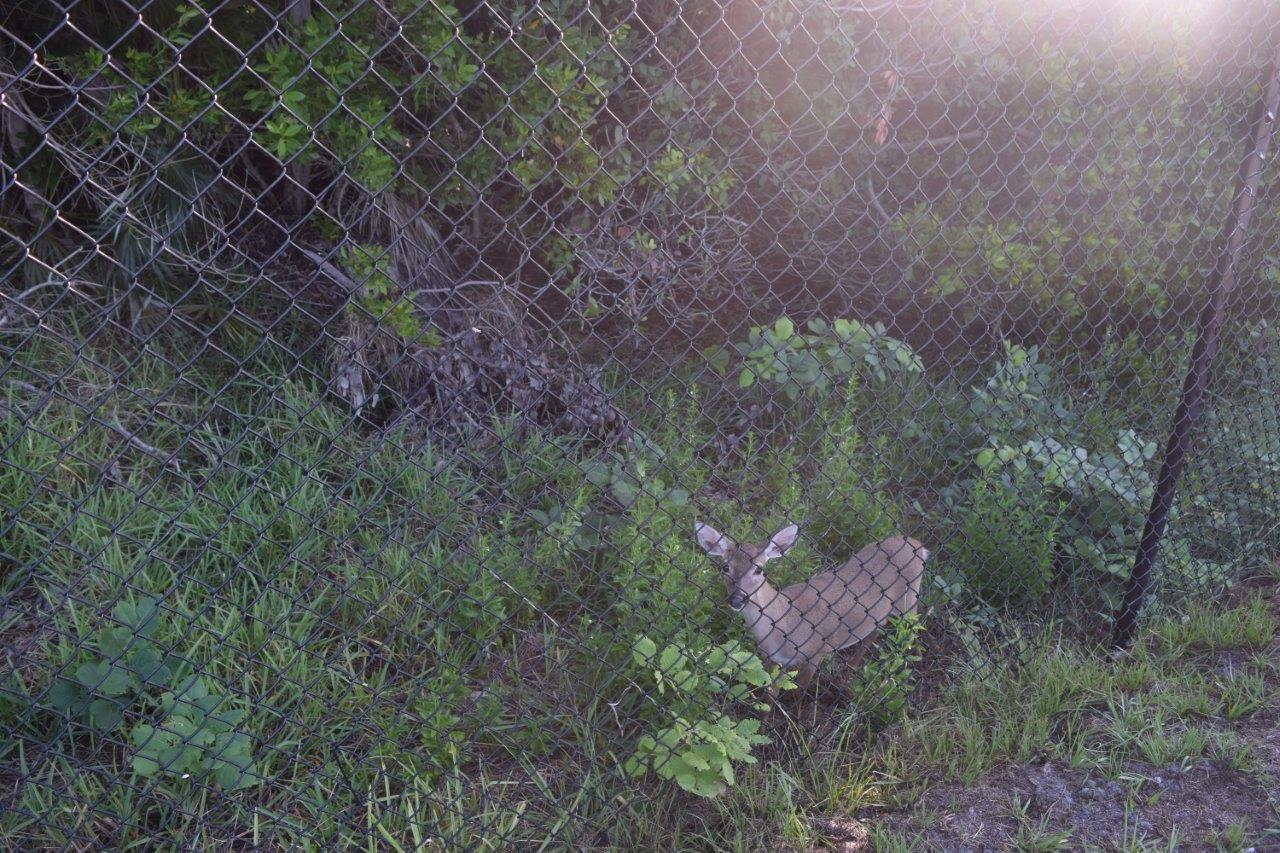 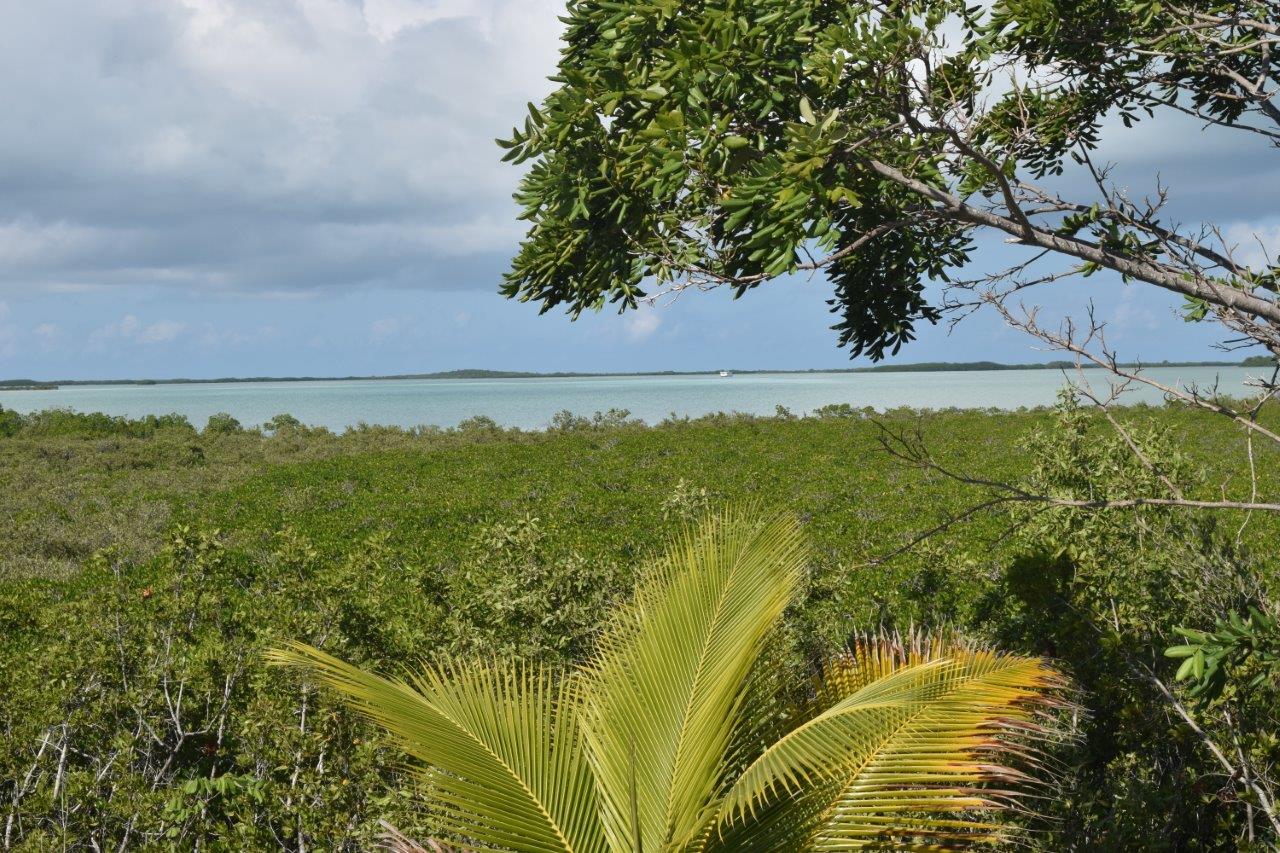 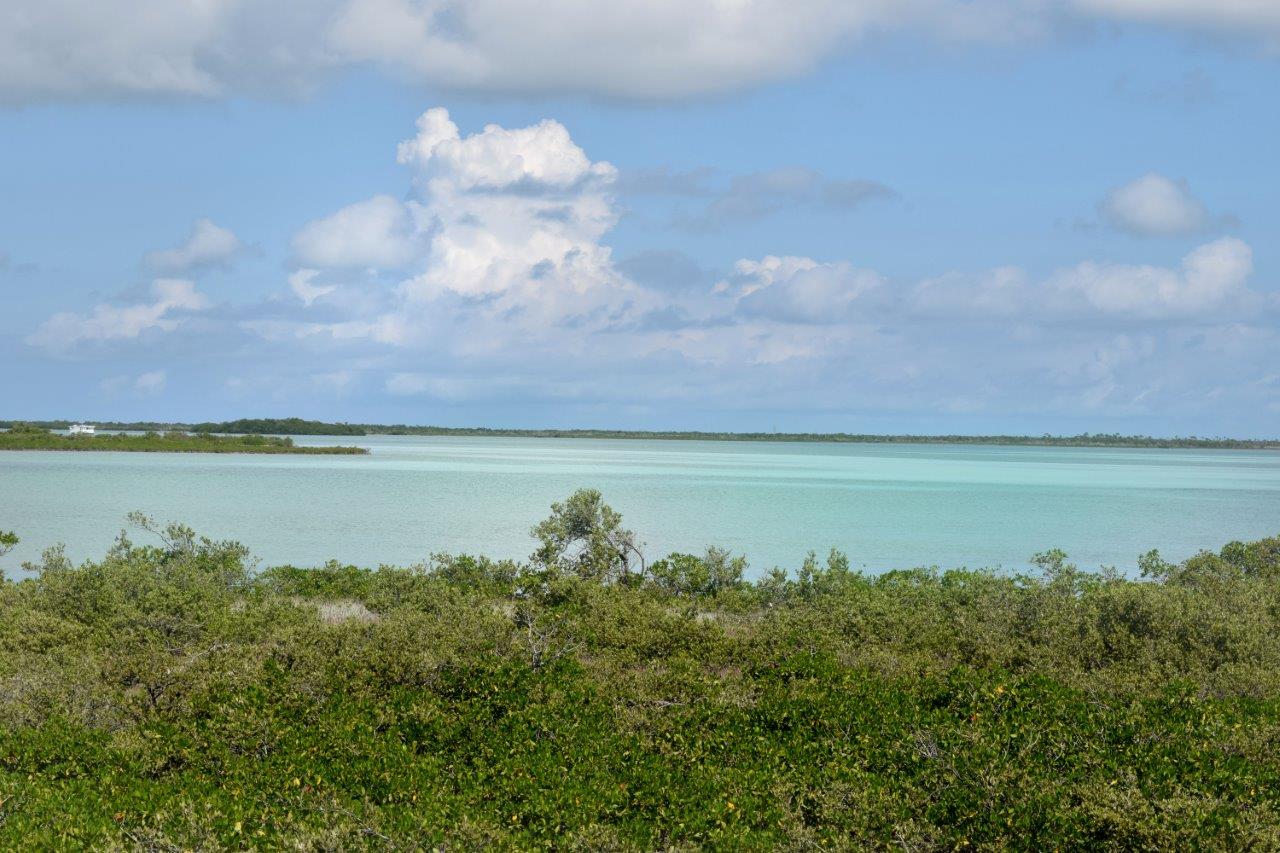 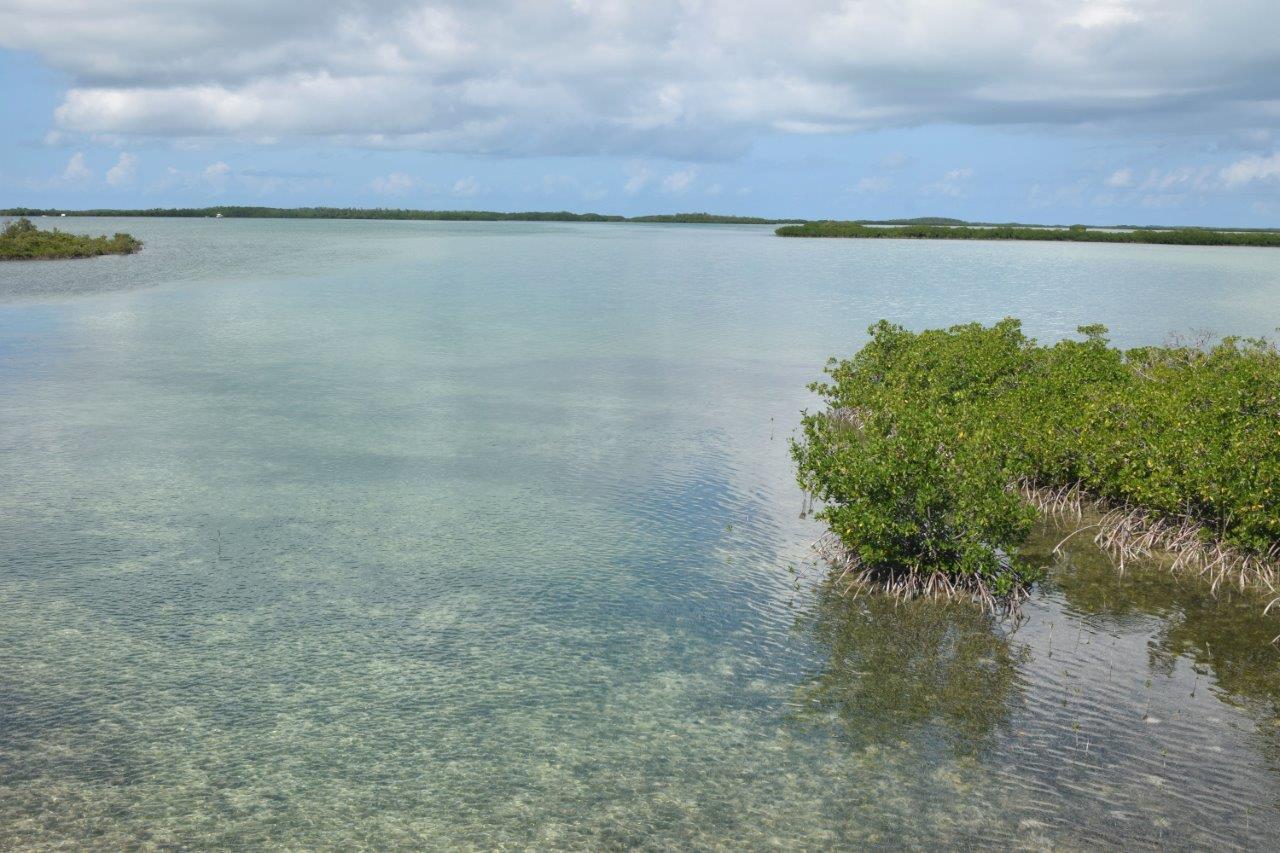 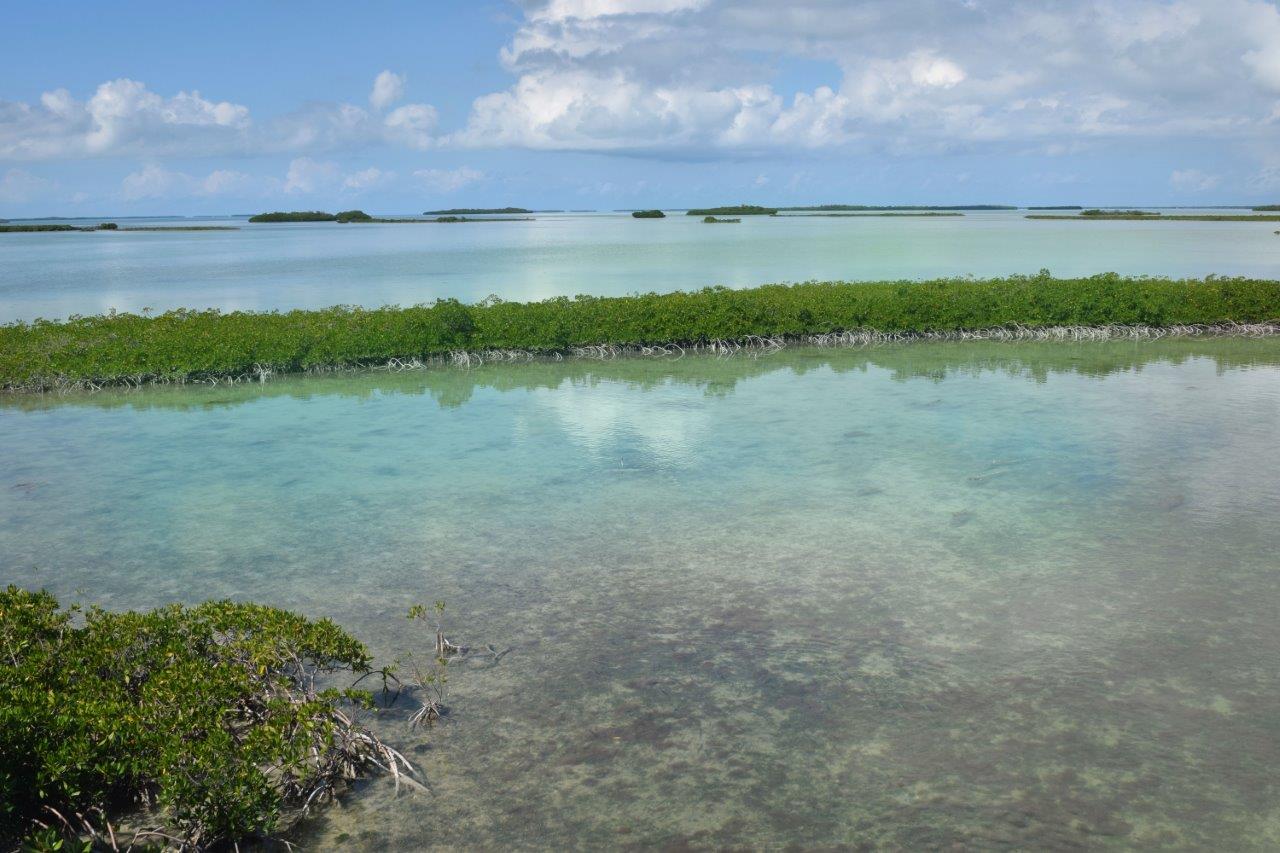 It was a long way through a pristine area known as the Saddlebunch Keys. Mostly uninhabited mangroves in shallow, turquoise water, a series of seven bridges link them. I was completely wrecked with exhaustion and ready to pass out again as the highway miles ticked down…14…13…, 0 is Key West. This old mountain bike, fully loaded was only averaging 7 mph. I was haggard and did I mention it was relentlessly 90 degrees!

As I approached Key West I truly felt like I was going to puke, or like I would die. I had drank over a gallon of water and the tap water felt like it was no longer able to hydrate me. Once I finally, at long last, made it to Duval Street, (the heart of Key West) it was faintly raining and I sat down to a key lime pie custard sundae and fantastic frozen lemonade. After that I began to feel human again. 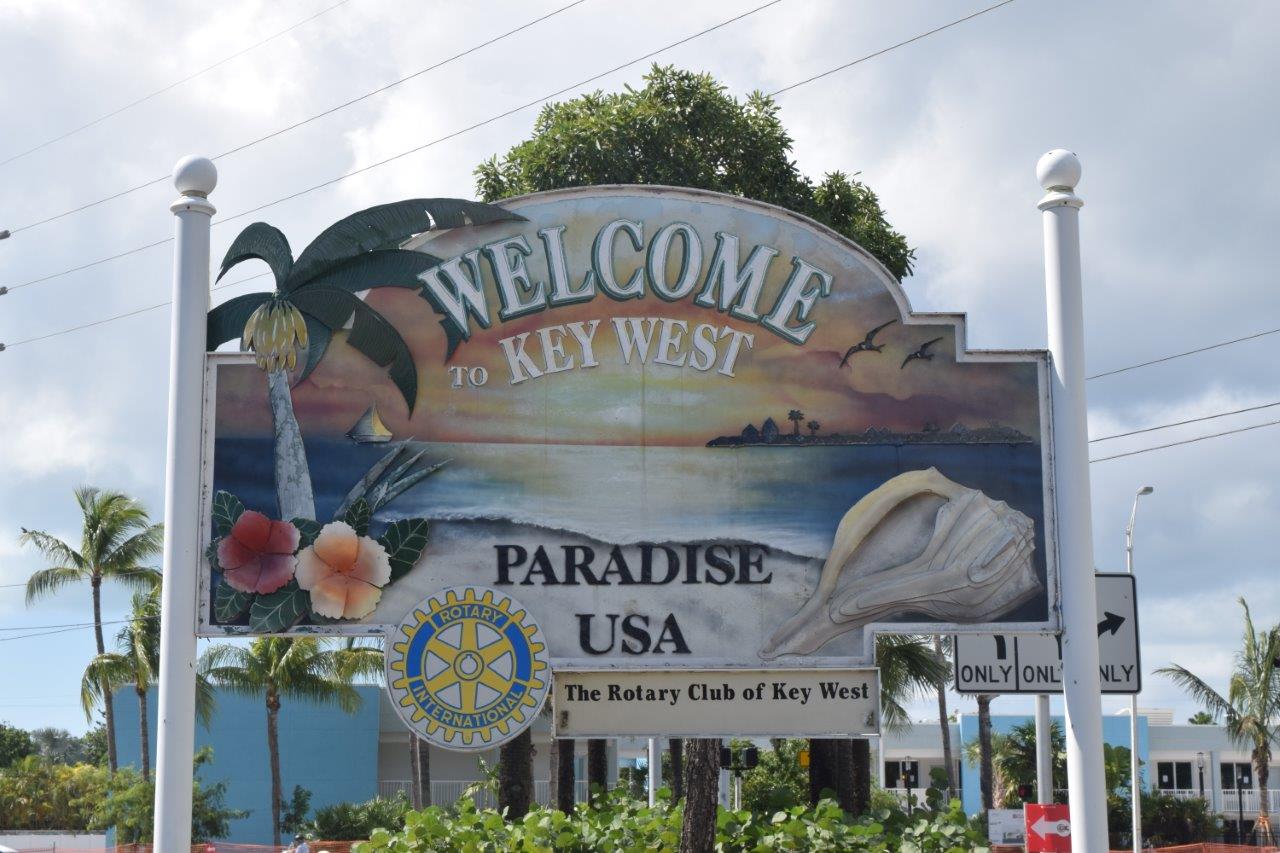 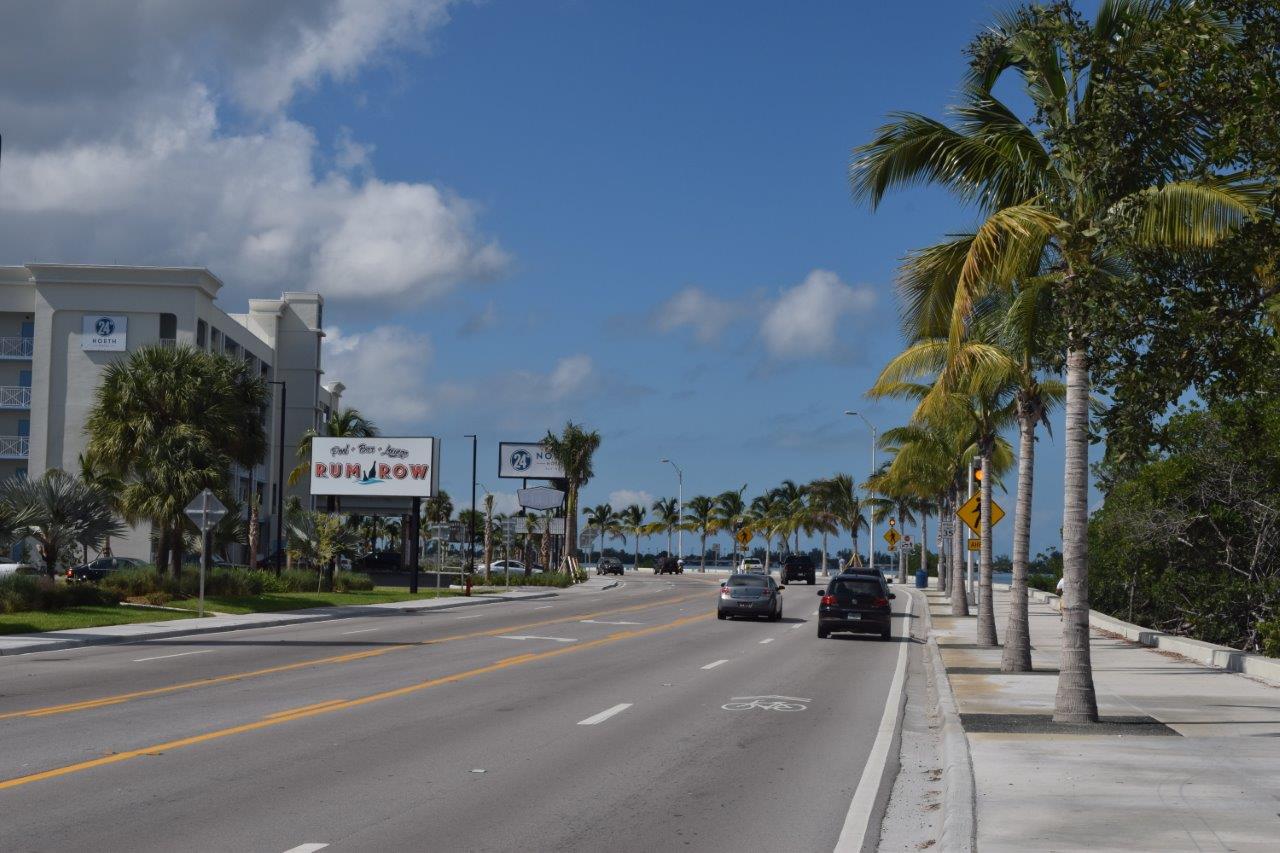 Rested up, okay, next step: get rid of the bicycle and get back to Miami. I tried to give it to the ice cream girl but she already had a bicycle. She complimented me, very impressed with the kindness. I tried to give it to an older guy playing the flute, he didn’t need it and remarked, “That doesn’t happen everyday!” as I biked away. By the time I made it to the bus station I was worried I wouldn’t find someone to give it to. Then I went up and asked a girl with braces, purple hair and smoking a cigarette. Her name was Nikki, she was probably in her early twenties, and worked at the bus station.

“Do you live here?” I asked

“Do you have a bicycle?”

“Umm… what?” she had no idea. I told her my story, I couldn’t take it where I was going. “Are you serious?” she asked incredulously as I handed her the bike. “I had been wanting to buy a bicycle so I could get more exercise.”

“Perfect! Well, now you have one.” I told her. It wasn’t the best bike in the world but it was good enough to ride the overseas highway! She was the perfect candidate and you could see as she was holding this bike that she was completely in disbelief. I said goodbye but as I turned back I could see her wheeling the bike away to her car and it made me so happy that I cried. 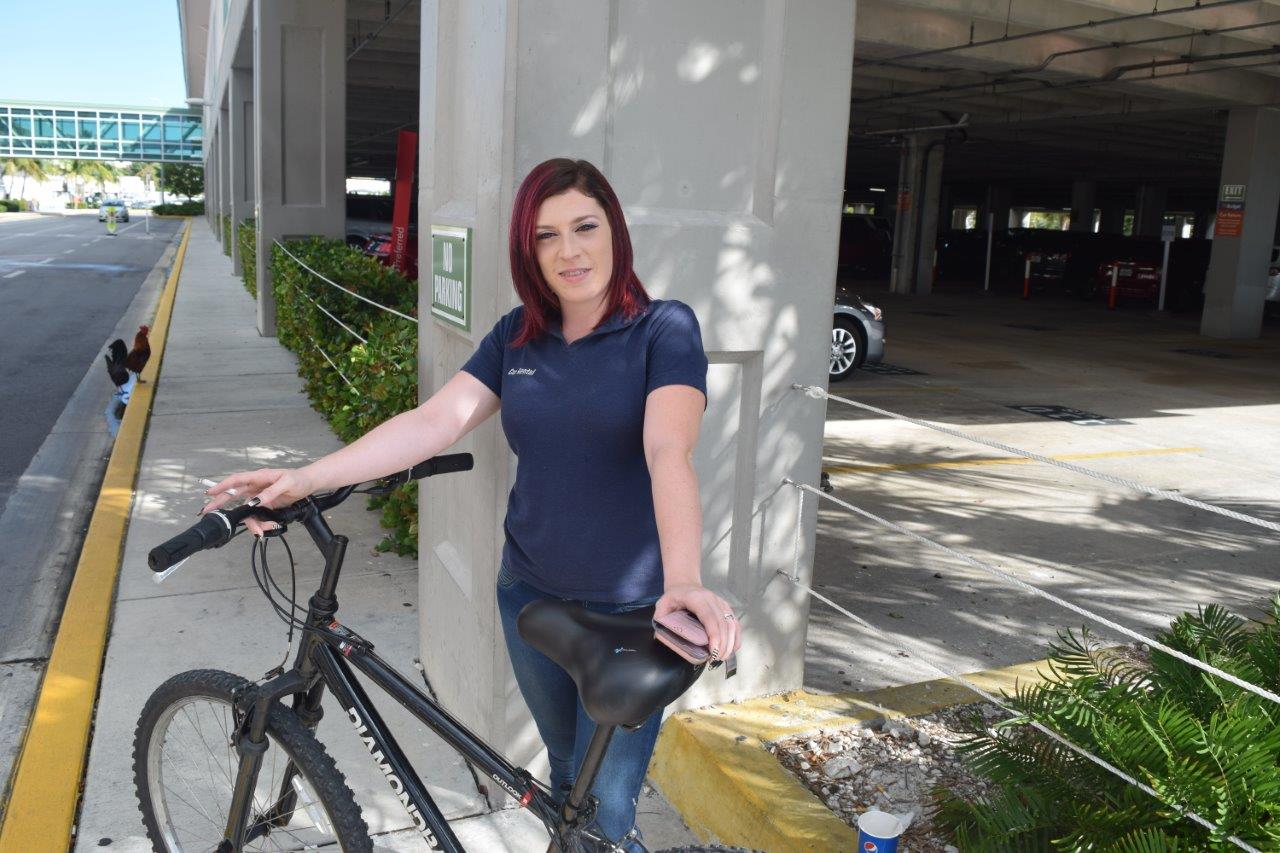 After that I sat in a quiet Greyhound station and it was nice. The vending machine gave me two dollars for the price of one, so, immediate good karma. A bunch of crazy people came to join me in wait for the bus. The loopy half asleep Korean lady, the angry Floridian, the crazy Californian methhead, the lone travelling Belgian woman who made friends with the Korean lady, the chuckling old bus driver, and of course the guy in the nasa space suit laying on the ground taking pictures of chickens. Everyone became friends, it was a great bus ride, and before I knew it I was back in Miami. My mother bought me a hotel room next to the airport, (thanks mom!) and the following day I got on a plane. The airport was an emotional place for me as usual. Now I sit here at the airport in the Republic of Trinidad and Tobago, at the foot of this next wild and mysterious adventure! 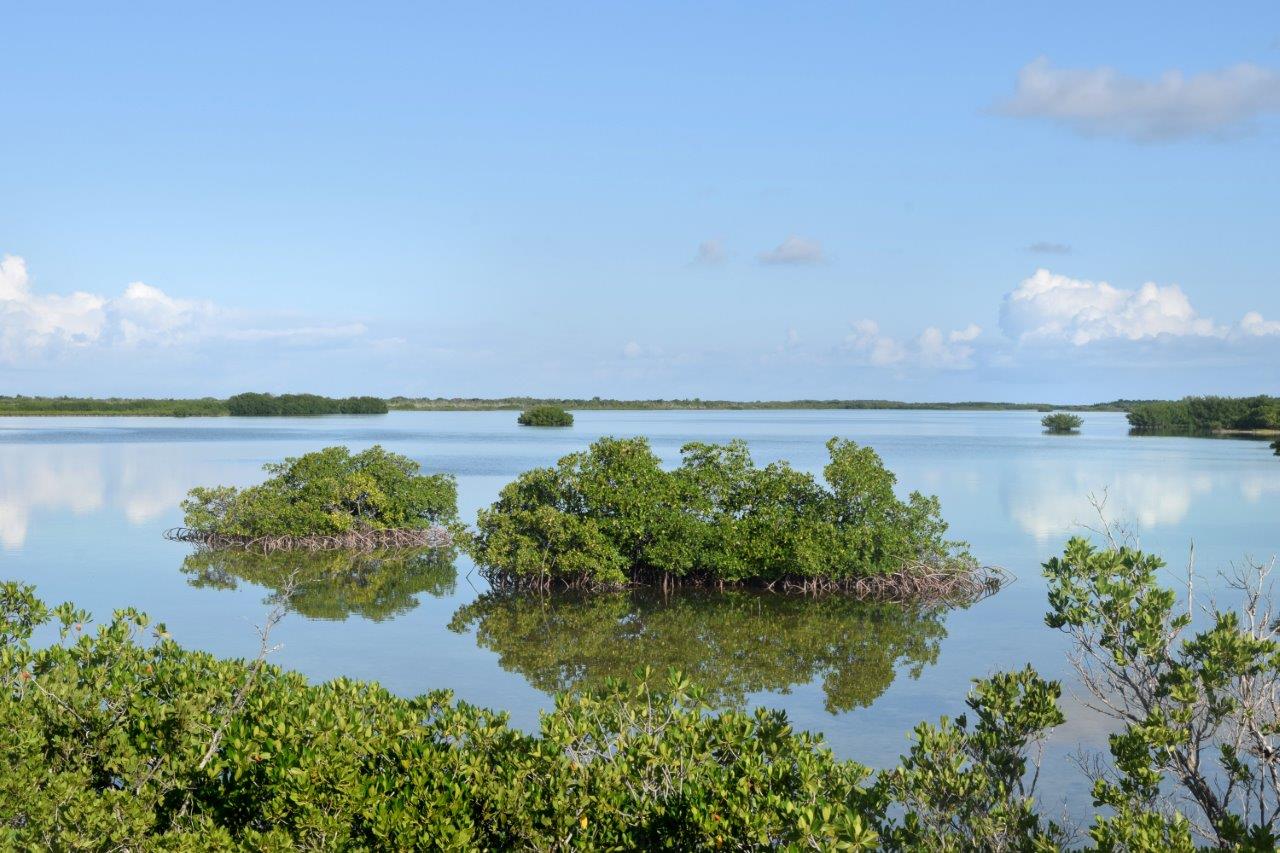 2 thoughts on “Fifth Leg of the Trip: The Overseas Highway”